2021 is a very special year at Daimler Trucks & Buses – there are four anniversaries to celebrate: in1896 Gottlieb Daimler presented the first truck and in1951 Otto Kässbohrer followed with the first bus to feature a self-supporting structure – the Setra. Five years before that the first prototype of the Unimog scrambled across difficult terrain. And finally in1996 the prototype of the modern truck, the Mercedes-Benz Actros, first saw the light of day.

“It is such an honor and privilege to commemorate these key milestones and to be a part of this strong heritage. What makes these remarkable accomplishments special is remembering where it all started, and who has been with us throughout this journey. Our esteemed customers, who have placed their trust in our products, our employees across all sections who remained committed in making sure that we have the right products for our customers, and lastly our dealer partners for serving our customers diligently. As Daimler Trucks & Buses Southern Africa (DTBSA) our ambition is to remain the truck & bus brand our customers want to associate with”.

When Gottlieb Daimler presented his first truck in 1896 – sporting iron-clad wooden wheels – the world certainly hadn’t been waiting for this vehicle. In Germany no buyer could be found and in England where the vehicle was finally sold, a member of the crew had to walk ahead, waving a red flag to warn other road users. And yet this four-horsepower conveyance with a rear two-cylinder engine and a displacement of 1.06 litres known as the Phoenix was to spark an unparalleled success story in the transportation of cargo.

However the Phoenix had little in common with a proper truck: strictly speaking it was a converted wagon typical of those then pulled through the streets by horses. Its chassis was fitted with leaf-springs that were mounted transversely at the front and helical springs at the rear. The suspension wasn’t just necessary because of the poor condition of the roads, but also because the engine was very susceptible to vibrations.

The last section of the drivetrain was modern: a belt transferred the engine power to a shaft that was mounted transversely to the longitudinal axis of the vehicle. Each end of the shaft was fitted with a pinion, a small gear wheel. Each tooth on the pinion meshed with the internal teeth of a ring gear which was firmly connected with the wheel to be driven. Much later this construction was to become a design trademark of Mercedes-Benz trucks: the planetary hub reduction axle – on the “new generation”, on the SK (heavy-duty class) and even today on construction vehicles.

In 1946 the “Prototype 1” Unimog completed its first test drive. Chief designer Heinrich Rößler himself was at the wheel, and he tested the prototype, which had no cab and was fully laden with wood, on rough forest roads near Schwäbisch-Gmünd. The creation of the Unimog is closely linked to the difficult situation in the post-war period, when Germany was suffering supply shortages. In 1945 and 1946, there was a dire lack of food. It was this situation that gave Albert Friedrich, who for many years was head of aircraft engine development at Daimler-Benz AG, the idea of an agricultural motorised vehicle which could help to increase agricultural productivity.

After the war ended, Friedrich had renewed his contacts with Erhard & Söhne, a metal construction company and supplier of Daimler-Benz in Schwäbisch-Gmünd, and in December 1945 the department responsible for the agricultural market began work. Friedrich passed the leadership of the project on to his former subordinate, designer Heinrich Rößler, who took up the post on 2 January 1946. In only a few weeks, a new overall design was developed, with the engine and gearbox positioned directly to the right of the vehicle’s centre. This meant that the torque tubes – which protect the drive shafts – could be at right angles to the axles. As a result, only four drive joints were needed for the chassis. This was a brilliant design which, 75 years later, is still used for the Unimog of the highly mobile U 4023/U 5023 series. In March 1946, Hans Zabel from Gaggenau, who had been part of the project from the beginning, coined the term Unimog (Universal-Motor-Gerät, i.e. universally applicable motorised machine) and in October 1946 the vehicle was taken on its first test drive.

The Setra brand is proud of its roots. In1951 Ulm-based Kässbohrer Fahrzeugwerke presented the S 8 and gave the brand its name – Setra – which stands for “self-supporting”. The first bus manufactured in series production with a self-supporting body, rear engine and direct drive to the rear axle was presented at the International Motor Show (IAA) in Frankfurt. Over the last 70 years the brand has not only set standards for European bus design with six model series, but has inspired, changed and advanced this sector in an exemplary fashion. The current flagship of this traditional brand which has always stood for the highest degree of individuality is the S 531 DT, a double-decker bus from the Setra TopClass 500 range.

At the end of September 1996 Mercedes-Benz presented a new heavy-duty truck at the IAA Commercial Vehicles that was to revolutionise the industry: the Actros was the first truck to be fitted with disk brakes and the electronic brake system (EBS). Together they made the Actros the safest vehicle in its class. Furthermore, innovative technology such as the “Telligent systems” improved efficiency considerably. Amongst other things maintenance intervals were extended by more than double, fuel consumption was reduced by three to seven percent depending on the type of operation and payload was increased by up to 400 kg. Safety and comfort were also significantly improved. Thanks to the Telligent braking system with disk brakes, for example, it was possible to shorten the braking distance of the Actros travelling at a speed of 85 km/h by the length of a tractor/trailer combination. The design engineers also paid great attention to detail: a new type of wing lining reliably reduced the spray when driving in rain.

Environmental compatibility was also improved with newly developed, more efficient V-engines and by improvements to vehicle assembly for example: here energy input was reduced by almost 50 percent. New cabs provided their occupants with up to 47 % more space in the interior and were designed to meet the specific needs of the driver. The cabs were safer too – they had all passed the huge range of different crash tests both in simulation and real driving conditions. The airbags and seats with integrated seat belt tensioner were also new. Every newly presented Actros was voted “Truck of the year” and even today the Actros remains a pioneer with regard to safety.

“Looking ahead, the future is certainly bright and exciting for the DTBSA brands, as there is a rapid shift in the truck & bus industry to autonomous driving, electrification and connectivity. As we adapt to these evolutions, we remain resolute and committed to continue to provide our customers with reliable, fuel efficient, and safe vehicles to address their demanding business needs” 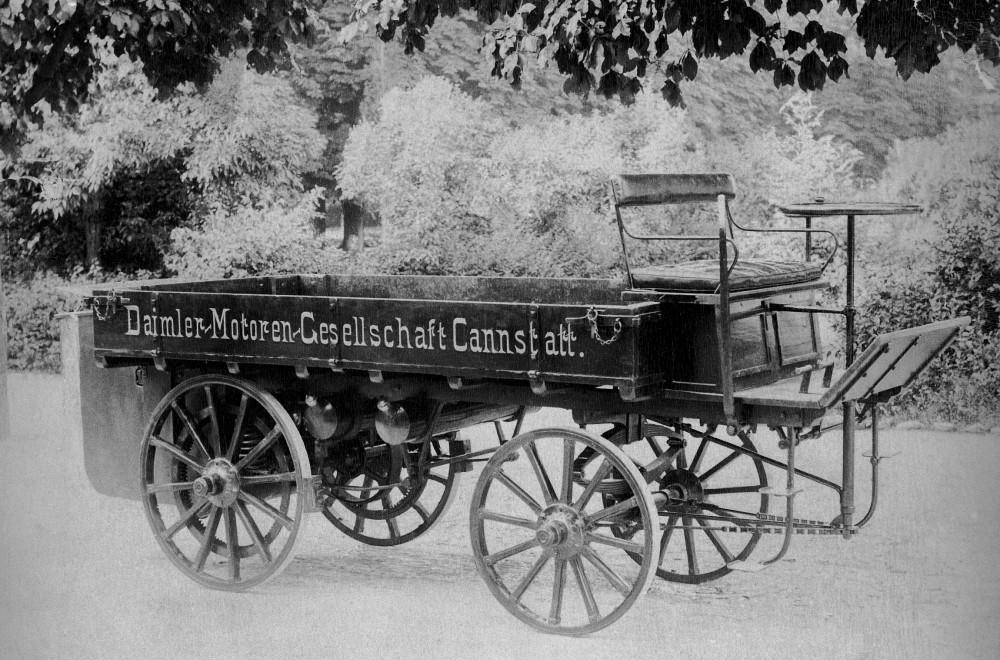