Over the past 27 years, FAW Trucks have grown from humble beginnings to a multi-million rand business with a strong local manufacturing presence, renowned for its quality products and ability to cater to the unique needs of South African commercial vehicle buyers. Continuously strengthening its foothold in the local market and regularly outperforming its major competitors in the sales stakes, it is testament to what can be achieved through determination, commitment and a clear vision for the future.

That initial vision came from businessman, Richard H Leiter, who – in 1994 – recognised the possibilities of bringing an affordable and durable Asian product with an impressive pedigree and rich history to the South African market. Partnering with the FAW Group Corporation, China’s oldest and largest vehicle manufacturer, his aim was to offer local buyers vehicles that would have the durability and longevity to last in the tough South African environment, but would also be affordable and would offer low cost of ownership.

Thus FAW Vehicle Manufacturers SA (PTY) Ltd was born, with the FAW Group Corporation as majority shareholder. Since then, FAW Trucks has become a household name in South Africa and has firmly entrenched itself in the local commercial vehicle landscape.

Currently competing in the medium, heavy and extra-heavy commercial vehicle segments with a 15-strong vehicle line-up that caters to virtually every need and application, FAW Trucks celebrated a major milestone in its local history in the first quarter of this year when it took the top spot in the heavy commercial vehicle (HCV) segment of the local market for the first time.

“Since first entering the local market in 1994, we have gone from strength to strength, providing local buyers with products of high quality that are not only well suited to local conditions, but also boast high levels of safety, convenience and comfort. We have managed to combine this with competitive pricing, low running costs and excellent aftersales service.”

From the outset, FAW Trucks has shown a clear commitment to South Africa and its people. This is evidenced in the decision, in 2012, to open a local manufacturing plant in Coega, Port Elizabeth. The first vehicle rolled off this assembly line in July 2014.

The commitment to build the plant in South Africa was significant from a global perspective as – at the time – it was one of the largest investments made by a Chinese entity in this country. Funded by the China FAW Group Corporation and the China-Africa Development Fund, the Coega plant has successfully grown it’s manufacturing operations and built the 7000th vehicle.

Apart from serving the local market, FAW Trucks also serves as the central hub for local expansion into the rest of Africa. This includes the emerging markets of Mozambique, Zimbabwe, Zambia, Namibia, Tanzania and Botswana and is further proof of the Chinese parent company’s faith in the local operation.

Other African countries were considered as location for the manufacturing plant, but there were a number of factors that counted in South Africa’s favour.

The official opening of the Coega was attended by Mr Qin Huanming, Vice President of the China FAW Group Corporation.

“We could have gone to Kenya, or Tanzania where FAW has been present in sales and service for over 30 years, but in the end we chose South Africa because of the infrastructure. As a shining pearl on the African continent, South Africa enjoys sound political, economic and legal systems, as well as excellent infrastructure and abundant labour resources. These favourable conditions have strengthened FAW’s confidence to invest in South Africa,”

he commented at the time.

The plant, built at a cost of R600 million, spans some 30 000m² and includes a state-of-the-art training facility, a body shop and a paint shop. As a responsible corporate citizen, it provides much-needed employment to many members of the local community.

“FAW Trucks is, and will always be, committed to South Africa and its people. As China grew then, so will Africa grow now, and FAW Trucks is ideally placed to benefit from the demand for vehicles on the continent,” 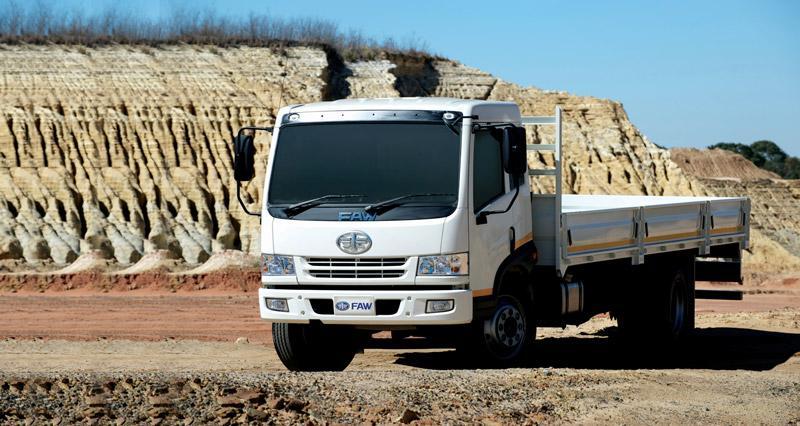