The South African press has been a buzz of late after the 2020 Beijing Auto show announcement of GWM’s new global pick up or bakkie as we in the southern part of Africa call it, was announced. Some hysterically funny critique came from this announcement in mainland China for obvious reasons. But, as the heading says, good things come to those who wait.

Nearly 18 months ago at the Auto Shanghai show in the city with the same name, a new legend from the GWM stables was born, unveiled to the global and motoring press under flashing lights and much fan fair. In September of 2019 the new legend from GWM Pickup was launched to the Chinese market with much fan fair and extravagance marking a new chapter in development, smart factories and smart supply and logistics plans and process from their brand-new production plant, the Chongqing Smart Factory, the super factory for this new amazing product. Fast forward to December of 2019 and GWM announced the fact that the new bakkie had attracted great attention and won the recognition from consumers since its launch with it selling a retail sales volume of 5,020 units in its first month and instantly ranking first among domestic high-end pickups above 100,000 yuan.

With great success domestically, the time came recently at the Beijing Auto show for the export model to be announced and this is when the ruckus started in SA with pundits, fans and motoring journalists alike pondering the name given to the new GWM pickup. But more of that later. Like with anything there is meaning and symbolism behind names and badges, so let’s get that out of the way first.

The new GWM bakkie has new badging, only the tailgate and other accents bear the stalwart and now world renowned GWM logo, the grill of the new brute of a bakkie bears an all new logo. A Super symbol, a badge that has the shape of a ‘P’. As a super symbol, the design of the logo “P” is inspired by the power of heaven and earth. It is a nebula or interstellar cloud that is backwash. It contains the beauty of natural energy. The super symbol of “P” has three core implications, “POWER”, “PEAK” and “PERFECT” symbolizing the spiritual connotation of “P”.

The official name internationally of the new GWM pickup announced at the Beijing Auto show is POER which will be used in international markets, except for South Africa. The word POER (pronounced as power) is inspired by the Chinese character Pao which translated means CANNON, a name that is quite apt when looking at the goliath like dimensions of this bakkie. POER is also an acronym for the core conceptual features of this bakkie being “powerful, off-road, enjoyable and reliable”.

So, a name with much meaning and symbolism behind it has been given to this new legend from GWM. With that said, there are 11 languages in South Africa, a country that has a diverse and richly broad cultural background not to mention keenly sharp sense of humour and Haval Motors South Africa, subsidiary to Great Wall Motor Corporation has respectfully noted this and embraced it. Far be it to upset, anger or dishearten anyone into showing a purchase intension or even aspirational intention of owning this technologically advanced and safety packed value prospect that is the all new GWM Pick up. With all this in mind, the colosus will be launched in the South African market as the GWM P Series bakkie. A name that has been the vehicle’s alma mater since its first appearance way back in Shanghai 18 months ago.

The GWM P Series bakkie raises the bar for the Chinese manufacturer to a new level of space, comfort, performance, safety, technology and reliability, featuring massive increased interior and exterior dimensions, an all-new 2,0 TD engine fitted with Variable Vortex Intake Manifold for more torque and power. The load bin features a hidden step ladder in the tailgate making loading and unloading a breeze.

In short, the P-Series is an epic piece of kit and most certainly measures up to all the hype over the last 18 months since it first broke cover. The P Series will be available in 16 derivatives in South Africa and SADC countries ranging from Single Cab base model 4X2 Turbo Diesel and 4×4 Manual transmissions right up the spectrum to Double Cab 4X2 Turbo Diesel Manual and Automatic transmissions to 4X4 Turbo Diesel Manual and Automatic transmission versions. With varied spec level and at pricing that is yet to be confirmed but promises to be keen. If the Haval range of SUVs is any benchmark you will most certainly get much more bang for your buck than you are used to getting all the Spec without the Debt. The South African launch event is planned for late November with units hitting dealers’ floors soon thereafter.

So, as we started off saying, good things come to those who wait, the wait is over. The P-Series is coming and it’s NO JOKE! 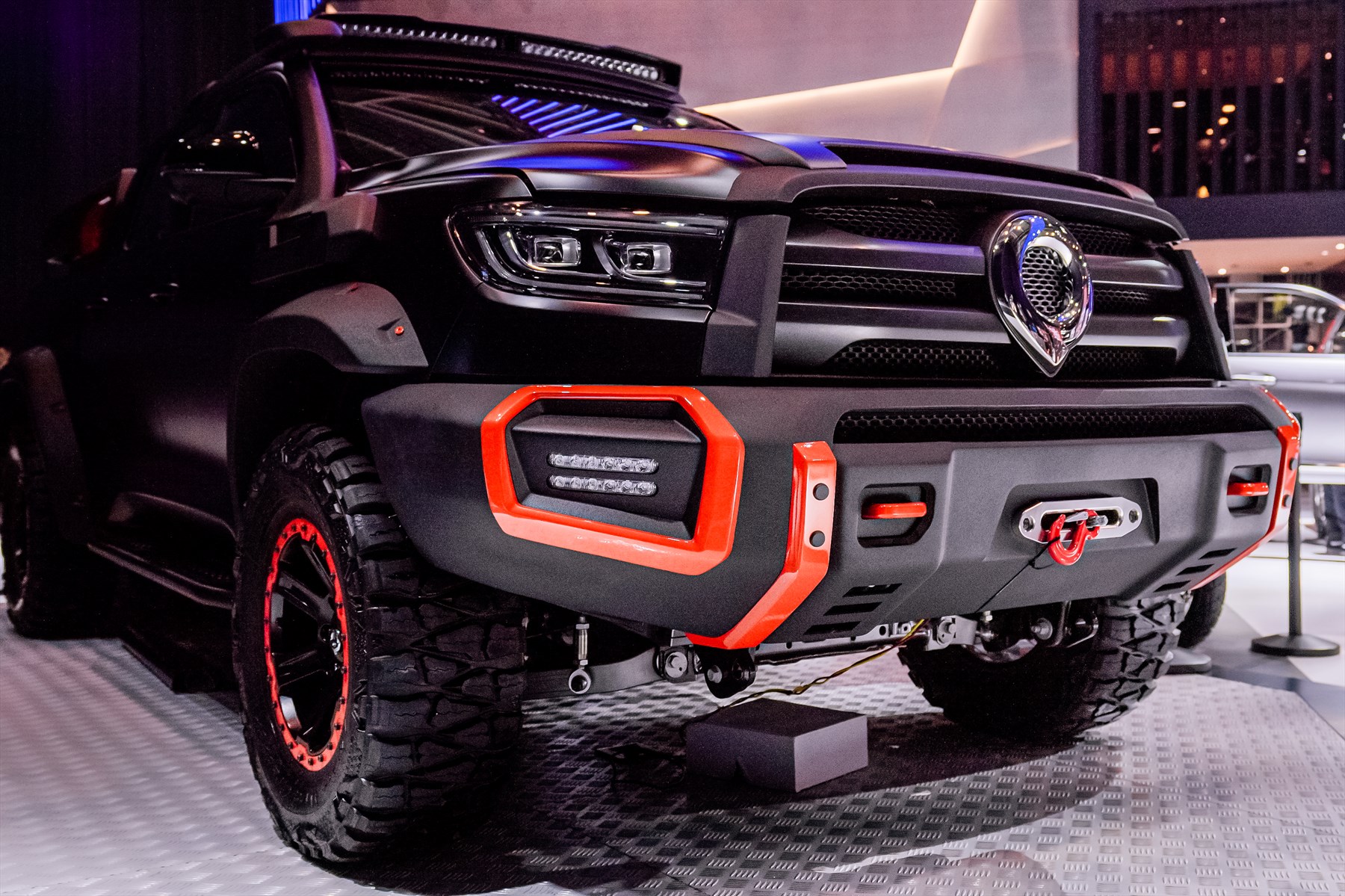