Hino South Africa’s demonstrator 700 2848 high roof truck tractor has just completed more than four months of amazing service pulling a link trailer combination taking fodder to drought-stricken farmers in the Northern Cape. Although, in recent months, vast parts of South Africa have had rain – and some flooding – certain areas in the Northern Cape are now in their ninth year of drought, hence an urgent need for animal feed.

There were many people involved in this long-running relief project for financially struggling farmers, but two of the main movers were Dominee Deon van der Berg, of Beginet, a non-profit company which he founded in 2018, and Nick Vlok, the former CEO of Digicore, and now the owner of the Shammah Game Lodge in the North West.

Dominee Van der Berg reported that during this period of providing drought relief the Farmers in Need project elicited more than R1.5-million worth of donations of fodder, as well as cash donations and other donations in kind. A total of 1 358 large bales of fodder, together with 170 tons of silage were distributed to more than 100 farms, many of them belonging to emerging farmers. In addition, a donation of 274 big pack lucerne bales were received and distributed to farmers still suffering from a lack of rain.

“We are very pleased that Hino was able to play a cardinal role in the delivery of many loads of fodder to a host of destinations, initially centred around Vanwyksvlei, Bushmanland and Calvinia,”

“We are proud that our Hino truck-tractor proved 100% reliable and economical as it carried loads of fodder weighing of up to 35 tons. The combination undertook more than 20 return trips to the drought-stricken areas and covered in almost 40 000 km. In fact, the new Hino truck tractor demonstrator had only 600 km on the odometer– the delivery distance from the factory in Durban – when it started its lifesaving journeys and there were 38 949 km on the odometer when it was handed back to Hino South Africa at its head office in Sandton recently.

“Hino has been operating in South Africa since 1972 and these reliable trucks, backed up by an extensive aftermarket service network, have built up a strong following in the local agricultural community in conjunction with our parent company, Toyota South Africa Motors,”

“Our involvement with these far-flung farming communities showed up another big need in the form of a lack of money for children’s’ school fees for 2021 and Beginet is already on a fund-raising drive to assist these families financially,” 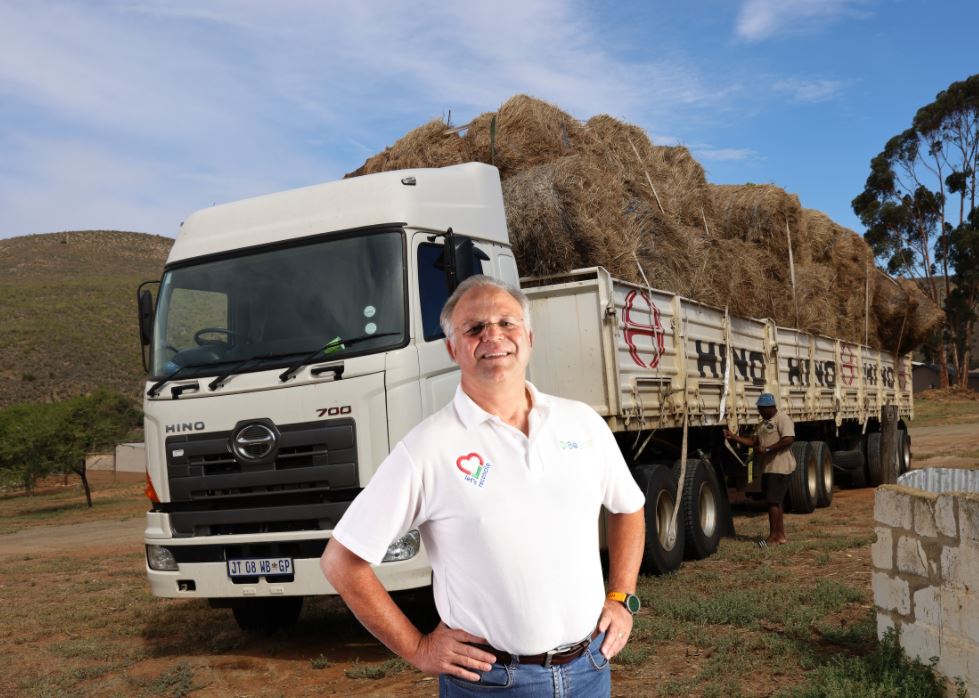