Hino Kuilsrivier, part of the Barloworld Group, has enlarged and upgraded its premises in the Western Cape at a cost of more than R23-million in line with Hino South Africa’s Total Support strategy to provide even better customer satisfaction in a highly competitive market. It is now a flagship facility located in a strategically important industrial area.

Speaking at the recent official opening of the dealership, Ernie Trautmann, the Vice President of Hino South Africa, said this big investment was yet another vote of trust and confidence in the Hino brand from one of the largest retail motor groups in the country. 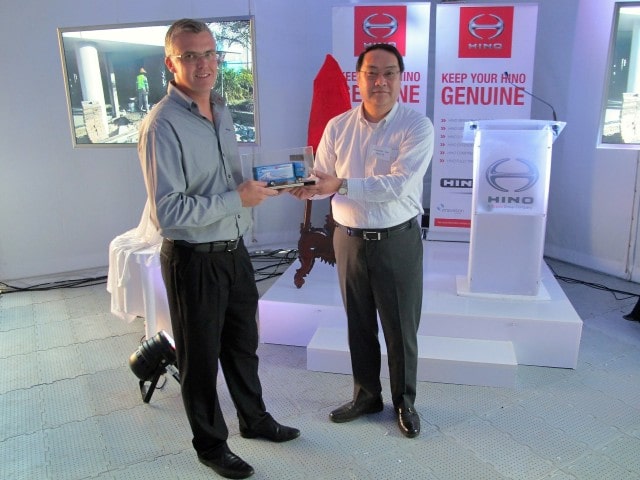 “The improvement of existing dealerships is an important component in our Vision 2020 where the objective is to make Hino the top-selling truck brand in South Africa after 2020,” explained Trautmann. “We have very few open areas so the focus is on expanding and upgrading existing facilities where necessary.”

“We will enhance our product range significantly over the next four years and are continually working on lowering the cost of ownership for operators of Hino trucks. We have restructured our head office staff to support this aim and the latest development is a two-year warranty on service and maintenance parts fitted by a Hino dealer.”

Shigehiro Matsuoka, Managing Officer, responsible for Parts and Service at Hino Motors Limited in Japan, attended the official opening of the revamped Hino Kuilsrivier dealership and said that South Africa was a critical region in which Hino must increase its sales as the African continent is an important potential growth area.

“Hino trucks have now been sold in South Africa for more than 45 years and we are very pleased with the way in which Hino South Africa has been able to increase its market share in tough economic conditions.”

Roland Egger, the Chief Executive of Barloworld Motor Retail, speaking at the official opening function at the dealership, said that his board was very pleased with the performance of the Hino dealerships in the group and was confident they would continue to be sound business investments in the future. 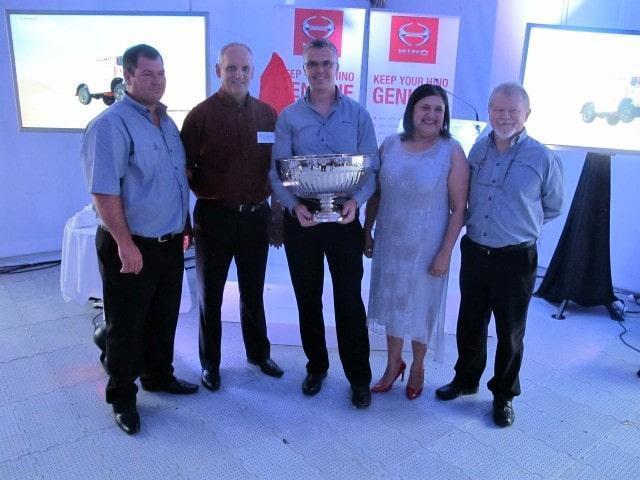 The investment in the new dealership is made up of R20-million for the facilities and R3.5-million for fixed assets.The major focus has been on improving the service and parts operations. A big change is that there are now nine work bays instead of three with two having pits. There is also a diagnostic bay, engine repair bay and roller testers for the brakes.

A large parts department has been incorporated in the upgrade and it now serves as a distribution centre for other Barloworld dealers. The sales area has been increased significantly and there are now four sales offices.

Servicing hours have been extended and there is night servicing on Tuesdays and Thursdays. Average daily throughput is 15 units, going up to 24-plus with night servicing and the plan is to increase these numbers soon due to the additional facilities and servicing equipment. There is a 24-hour standby service.

Hino Kuilsrivier also operates a mobile service van which travels as far from base as Clanwiliam and Bredasdorp. In addition, there are several off-site service operations for big fleet customers, including Shoprite and G4S where servicing and vehicle checks start from 06h00. 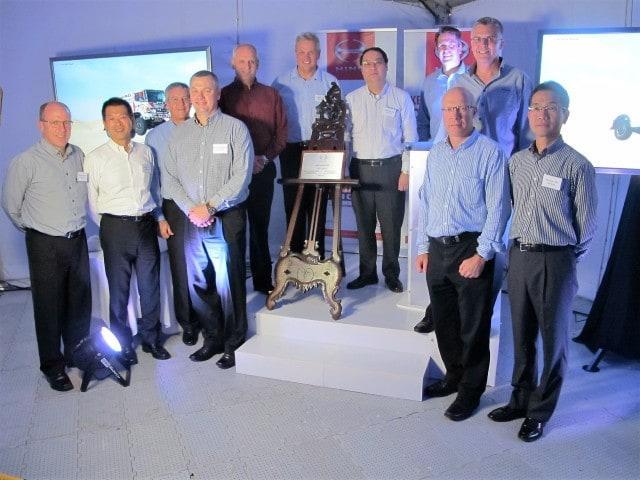 Hino Kuilsrivier is headed up by Dealer Principal Andre Schoeman, who has been working in the retail motor industry and the Barloworld Group for the past 20 years, starting at Supra Toyota Audensberg in Worcester.

Schoeman has been involved mainly in the financial aspects of the business, but has eight years’ experience as a dealer principal too. He spent two years working at the Barloworld head office in Johannesburg, but the rest of his working career has been in the Western Cape.

There are currently 20 people on the staff of Hino Kuilsrivier with ongoing training being a continuous process.

The dealer principal says the company has a strong image in the local community and is involved with several sponsorships at schools in the area as well as a corporate social investment programme that cares for disadvantaged children.

“I am very proud of our new, flagship facility and with a dedicated and motivated team we now have our sights set firmly on the Hino Dealer-of-the-Year title,” concluded Schoeman.