MAN Truck & Bus wins in the ‘Coach/Intercity Bus’ category of the prestigious competition ‘Best Commercial Vehicles of the Year in Russia’.

The jury of the ‘Best Commercial Vehicles of the Year in Russia‘ competition was full of praise for the characteristics of the MAN Lion’s Intercity, and awarded the vehicle the top prize in the category ‘Coach/Intercity Bus’.

At the awards ceremony in Moscow at the end of October, Natalya Solovjeva, Sales Director Bus and Engines for MAN Truck & Bus RUS, commented: “The MAN Lion’s Intercity was added to our portfolio of MAN and NEOPLAN buses in Russia at the end of 2015 as a cost-efficient, fully-fledged intercity bus. It is available with various equipment packages and excellent safety features which already meet the ECE R66.02 roll-over standard, as well as the ERA-GLONASS (Government Accident Emergency Response System).

All these features make this bus a highly promising transport solution.” The MAN Lion’s Intercity is already in use in Russia, serving routes from Moscow and St. Petersburg to the northern regions of the country. “We are delighted to have received this award from the jury and we are certain that customers will share the jury’s view”.

“I’m convinced that the MAN Lion’s Intercity has arrived on the Russian market at just the right time”, said Alexander Solntsev, Chairman of the Jury for ‘Best Commercial Vehicles of the Year in Russia’ and Chief Editor of ‘Commercial Vehicles’ magazine. “The bus is extremely versatile and comes with a superb range of options. The high standard of active and passive safety features and reliability, along with a clever design which enables quick, cost-effective maintenance, all played a part in the jury’s decision to nominate the MAN Lion’s Intercity as the 2016 winner”, said Solntsev.

The “Best Commercial Vehicles of the Year in Russia” competition is now in its 16th year. The jury is made up of notable commercial vehicle journalists who regularly publish articles on road transport matters in their respective media. 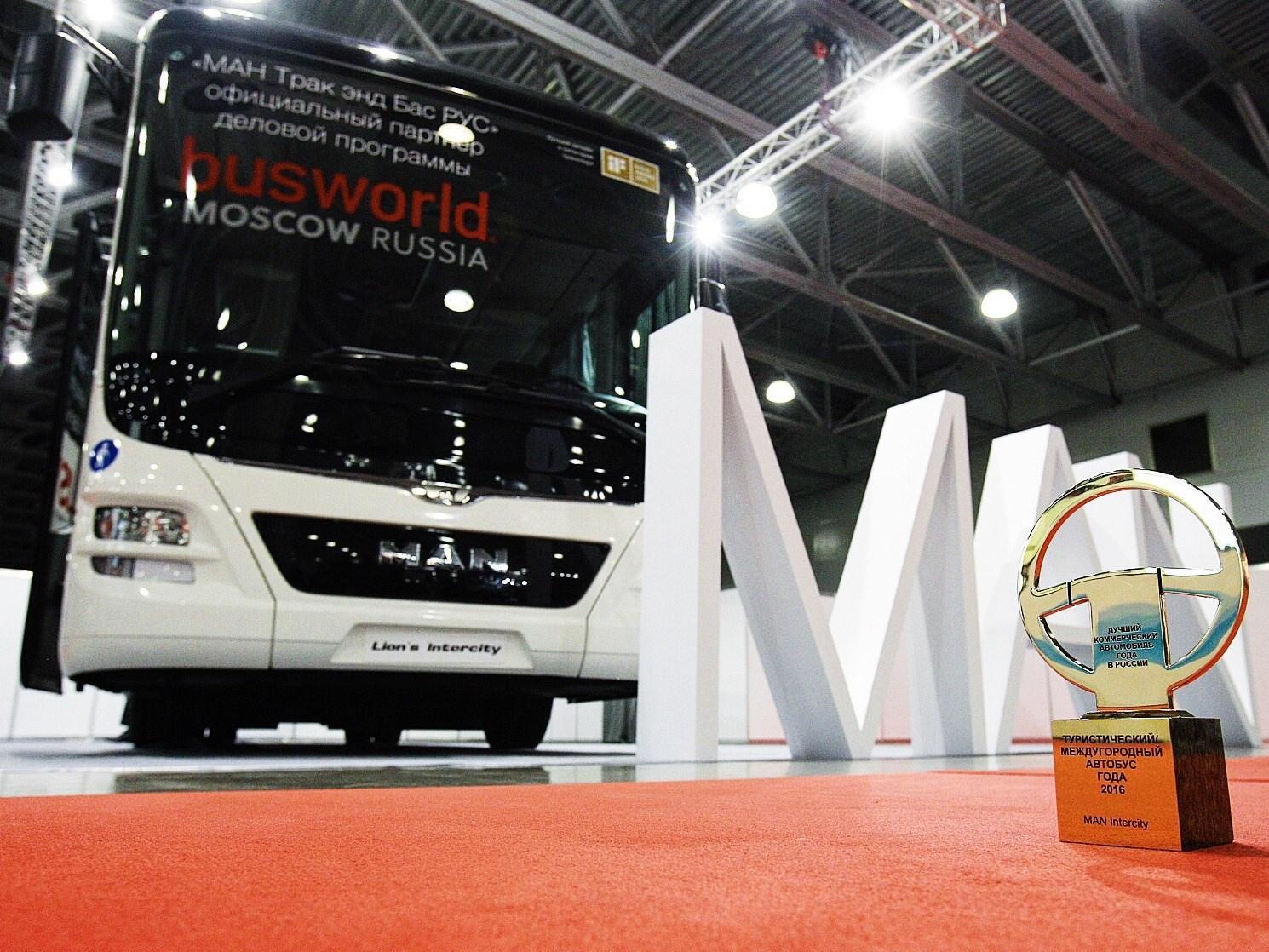