Telematics and vehicle tracking brought to you by Ctrack
You are here
Home > Company News > R7.8bn Eqstra-enX deal sealed as final approvals received

The transaction with enX, first announced on 30 June 2016, involves the proposed sale of Eqstra’s Fleet Management and Logistics and Industrial Equipment divisions to enX, whilst its Contract Mining division remains listed. 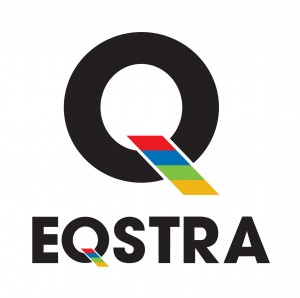 Noteholders approved the proposed amendments to the terms and conditions of the outstanding notes on 22 July with 85.81% voting in favour of the transaction. On 22 September 2016, 91% of shareholders voted for the proposed disposal of Eqstra’s Fleet Management and Logistics and Industrial Equipment divisions to enX in exchange for enX shares.

The Contract Mining and Plant Rental division will be recapitalised with a cash injection of R1.4 billion and new borrowing facilities. Eqstra Holdings will be rebranded as eXtract Group Limited.

“This set of results confirms the rationale for the transaction with enX. As we have always maintained, the underlying fundamentals and performance of each of the respective divisions is sound. The change in capital markets and the need to evolve our funding strategy to position Eqstra for long-term sustainability requires us to appropriately match our gearing to the long-term nature of associated capital equipment investments.”

For the year under review, the group reported a loss of R2 253 million compared to a profit of R254 million in the prior year.

The Contract Mining and Plant Rental division remained focused on improving operating profit, reporting a 45.2% increase in operating profit over the prior year. The current year’s results were impacted by leasing asset impairments of R536 million (2015: R79 million), excluding assets classified as discontinued operations. The division reported a loss of R463 million (2015: R130 million loss) and remains the group’s only continuing operation.

The Industrial Equipment division successfully increased its new and used unit sales in a declining SA forklift market by securing a number of new contracts with blue-chip companies and its forklift business in the UK continued to perform well. The division reported a 16.7% increase in revenue for the year.

However a foreign exchange loss of R37 million (2015: R2 million gain), largely due to the ZAR currency decline against the Yen in December 2015, impacted results and the division reported a profit of R94 million (2015: R131 million profit).The division will be transferred to enX on the transaction effective date.

The Fleet Management and Logistics division reported strong performance during the year with value-add products continuing to record growth. Profit before tax was up 9.9% despite a strategy of limiting leasing growth to reduce group gearing. The division reported a profit of R141 million (2015: R124 million profit) for the year. The division will be transferred to enX on the transaction effective date.

The group recorded a total impairment of R1 498 million for the year,

The group recorded a total impairment of R1 498 million for the year, of which R945 million relates to discontinued operations and R553 to continuing operations ‒ namely the Contract Mining division.  The closure of the Benga contract at 31 December 2015 resulted in an impairment of R731 million in the Mozambique operations.

“Under the new eXtract banner, Contract Mining will continue to focus on improving the efficiencies of the mines on which it operates as well as seeking new projects to diversify the geographic and commodity exposures. Over the next 24 months, management will continue to realise best value for the impaired excess and idle assets within the business and proceeds will be applied to repay debt. In the long-term our new mining services group will look to grow by acquisition.”