Truck Test 2022 is about to commence – and eight of the country’s finest trucks are on the starting grid. The event, which takes place from May 31 to June 2, will answer this important question: which trucks should transport operators be purchasing?

The eight trucks will be tested on a 1 142.5-km route starting at Engen Blockhouse in Meyerton, south of Johannesburg. The trucks drive down the N3 to Engen Trafford, in Pinetown on June 1, before returning to Engen Blockhouse on June 2.

Daimler Truck Southern Africa has entered the Actros 2652LS/33 RE, which will pull an interlink tautliner. The Actros 2652LS/33 RE is regarded as the first choice of long-haul truck tractor for non-dangerous goods operators looking for maximum efficiency at 56 tonnes Gross Combination Mass (GCM) on national routes.

Iveco has entered two S-Ways, namely the S-Way AS440S47TZ/P ON – which will be hooked to an interlink tautliner – and the S-Way AT440S43TZ OFF, which will pull a tri-axle flat deck. The new S-Way range, launched in South Africa in March 2022, represents the best-ever Iveco offering to South Africa’s extra-heavy road freight operators. The AS440S47TZ/P ON – the flagship model of the local range – is ideal for efficient on-highway long-haul operations. The AT440S43TZ OFF is a rugged and efficient haulier at home in mining and agricultural logistics, where long-haul efficiency must be complemented by good ground clearance and a robust suspension. Both units are powered by Iveco’s brand new common-rail Cursor 13 engine, which is mated to the 12-speed direct-drive Hi-Tronix transmission.

The New MAN TG Truck range was introduced in South Africa in October 2021 and has performed exceptionally well in all application segments since market launch. Product upgrades have offered completely redesigned cabins with improved aerodynamics, a new driver-oriented workspace and interface, and a plethora of driver assistance systems. The new generation MAN TGS and TGX trucks retain the core of their proven DNA, carried forward from previous generation trucks. These are the highly-efficient MAN D26 inline six common-rail engines, 12-speed TipMatic gearboxes with intarder, and high-performing MAN hypoid axles.

FAW Trucks South Africa is fielding the FAW JH6 28.500FT, which will be hooked up to an interlink tautliner. The JH6 28.500FT is the largest of the truck tractors from FAW. The truck is fitted with the renowned CA6DM2 13-litre six-cylinder common-rail turbocharged and intercooled diesel powerplant, matched to a ZF 12-speed TraXon AMT transmission. This engine develops 370 kW of power at 1 800 r/min and 2 300 Nm of peak torque at 1 400 r/min. The 6DM2 engine is manufactured in FAW’s engine plant in Wuxi, China.

Fuel consumption in the spotlight

One of the key measurements during Truck Test is fuel consumption. Charleen Clarke, Editorial Director of FOCUS on Transport & Logistics magazine, which organises the test, says that this is top-of-mind among transport operators right now:

“With the fuel price hikes, transport operators are mindful of fuel consumption like never before. This has always been their single biggest expense; fuel accounts for around 50% of total running costs. Hence, they will study the results of Truck Test with great interest.”

In this regard, Engen is continuing its fuel sponsorship of Truck Test, with all participating trucks running on Engen Dynamic Diesel 50ppm with Pro-Drive. Adnaan Emeran​, marketing & business development manager at Engen, says the event is about identifying the benchmark trucks in South Africa.

“Truck Test is all about finding the best-in-class trucks with respect to fuel efficiency and productivity out of a diverse field of formidable contenders. When the results are published at the end of the test, it affords transport companies a clear picture of the performance of the tested vehicles under very real conditions. This can assist them to make more informed buying choices,”

In order to level the playing fields, the trailers – interlink tautliners and tri-axle flat decks supplied by Afrit – are identical. Furthermore, the contenders are all carrying precisely the same loads, namely bricks supplied by Vibro. The trucks are all fitted with telematics supplied by Ctrack. These fleet management systems will monitor the time taken to complete the entire route.

ADA is responsible for logistics on the event while the specifications and results are being compiled by TruckScience. Furthermore, Truck Test is sponsored by AutoTrader, BPW, Loadtech, and Standard Bank.

Martin Dammann, Customer Success Manager at TruckScience, points out that Truck Test is one of a kind on the African continent and a Proudly South African event.

“There certainly isn’t anything else like it on our continent and Truck Test is also noteworthy on a global scale, because we are testing eight trucks on the same route and on the same days. Truck tests do take place overseas, but typically the trucks are tested individually. Our Truck Test is unique because the route and weather are the same for all the contenders. So too are the driving conditions – construction and traffic, for instance. This can never happen with individual tests,”

Ultimately, the results – chiefly the time taken, fuel used and productivity factor – are scientific proof of a truck’s capabilities.

“Other truck tests can never be as valid,” notes Clarke. “An inhouse truck test is always done under ideal conditions and over an optimal route. Truck Test, on the other hand, is a true-to-life test of a truck’s capabilities. We’re running on the most popular trucking route in the country and at times that trucks typically run. So, the results will be extremely meaningful.”

The results of the complete run will be announced on June 17 and will be published in the June issue of FOCUS on Transport & Logistics. Transport operators will then be able to make informed purchasing decisions based on objective information. The results will also appear on the FOCUS website, www.focusontransport.co.za, and on www.autotrader.co.za, as well as feature in a television programme on Ignition in July. 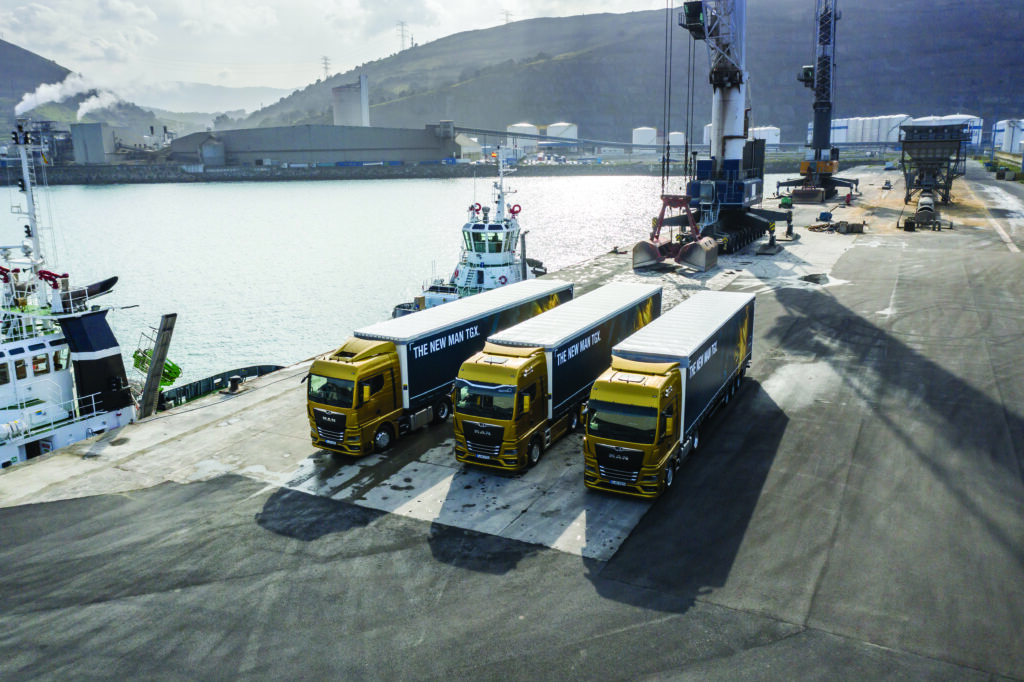