The Ctrack Transport and Freight Index (Ctrack TFI), previously known as the Ctrack Logistics Barometer, indicates a slower growth trend in transport volumes during September 2019. It also reveals that the slowing world economy is impacting both South Africa’s international transport volumes, as well as local rail and pipeline volumes. 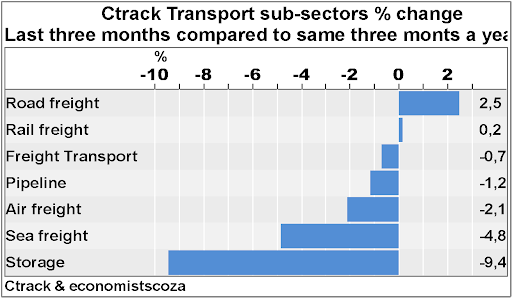 That being said, road freight volumes grew 2,5% while rail freight volumes edged up 0,2% between July and September 2019 compared to the same three-month period in 2018. Considering both a slower domestic economy and a far weaker international trade environment, land freight is still in a relatively stable position.

But, the unpredictable trade war between the US and China that last year provided a welcome boost to American trade to China has this year had the reverse effect, while EU economies continue to slow.

Dutch Economic Bureau, CPB, indicates that world trade volumes declined -1,5% between July and September 2019 compared to the same period a year ago. On this basis, the decline in world trade is the steepest since November 2009. 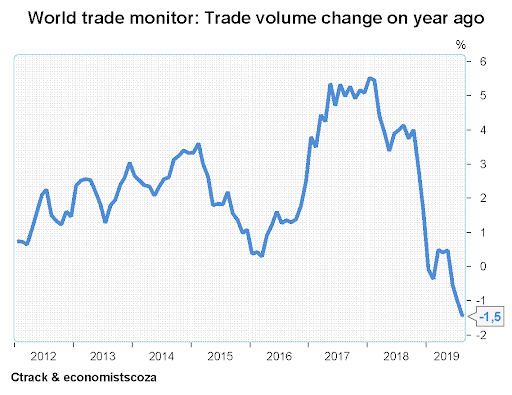 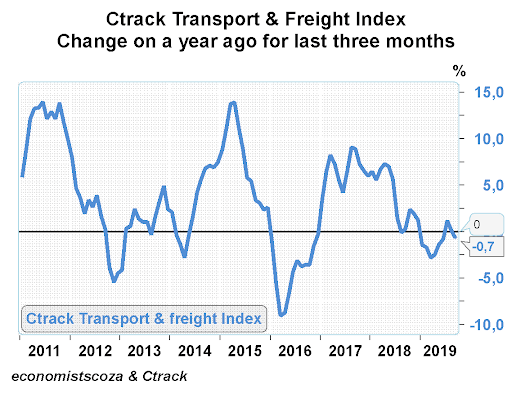 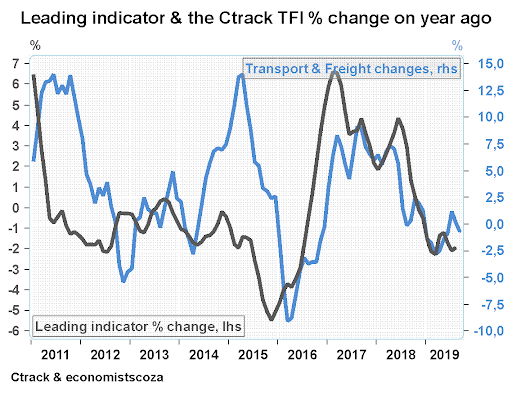 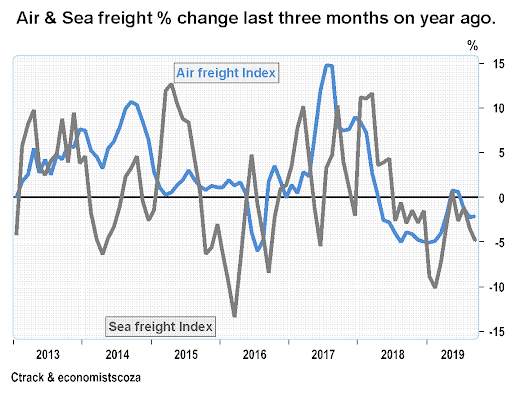 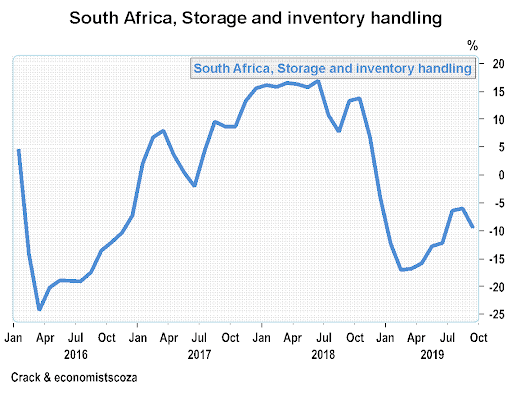 In terms of South Africa’s logistics volumes, the CTFI shows a decline of -0,7% for the period July to September 2019 compared to the same period a year ago. The Ctrack TFI also reflects a far weaker South African economy than was the case between April and June, when all indications were that growth was back in full swing.

This downturn, while not unexpected, is not good news for the South African economy and its ability to create work and income for its citizens. Weak business confidence levels need to be addressed as soon as possible, since capital investment only takes place when businesses are confident and certain about the future.

Transport operators will have to monitor their costs and performance closely. Risks must be contained as much as possible too, while opportunities remain hard to come by.

Road freight is a highly competitive business, and transport prices have barely increased in the last year. But, some market share gains have been realised through price increases in both the rail and pipeline sectors.

Fuel products that are usually piped inland and then distributed for Gauteng users and to other provinces, are now being transported by road to places like Harrismith and Mbombela.

Furthermore, coal is being transported to local power stations by road instead of rail and conveyor belts. Other products that used to travel by rail are sometimes now also being loaded onto trucks.

Sea freight and air freight volumes continue to feel the effects of the US-Sino trade war and Brexit, and may do so for many months to come. Container shipping prices are lower in many markets, while about 3,5% of container capacity is not being used, up from 2% or so a year ago, according to Drewry shipping consultants.

Air traffic volumes between Africa and the rest of the world is growing at about 8%, albeit from a very low base. South Africa’s domestic air freight volumes, however, are in decline and not growing other than to certain African and Middle Eastern destinations. Both air and sea freight volumes have been relatively weak performers for the best part of two years now.

We have updated the storage and warehousing data to include separate indices for international trade and manufacturing, as well as domestic trade (retail as well as wholesale).

One cannot fail to notice that inventory levels are being lowered. Many retailers are storing fewer goods to save on both stock costs and floor space.

In manufacturing, the same savings are taking place as factory owners are being squeezed by slow domestic demand and export volume uncertainty. The decline of nearly 10% between July and September compared to the same three months a year ago is worrisome.

In short, the Ctrack Transport and Freight Index for October shows that in an uncertain world, the transport sector can’t escape feeling the pinch.