Cummins has embarked on a concerted campaign to educate customers about the disadvantages, and even dangers, of using non-genuine parts.

“While many customers believe that doing so incurs an upfront cost-saving, our aim is to expose the detrimental long-term impact on engine lifespan in particular,” Marco Gouveia, Parts Marketing Lead: Southern Africa, explains.

Customers either buy non-genuine parts based on price, or they are sometimes unaware that they are doing so, which is why awareness and education are critical.

“Our message to these customers is never to buy parts on face value alone, but to take into account elements such as packaging, and only to use approved distributors.”

It is important to select genuine parts due to Cummins’ considerable investment in ongoing research-and-development to ensure that all of its components function at an optimal level.

“Using non-genuine parts results in poor lubrication, for example, which could result in a catastrophic engine failure down the line,” Gouveia warns. 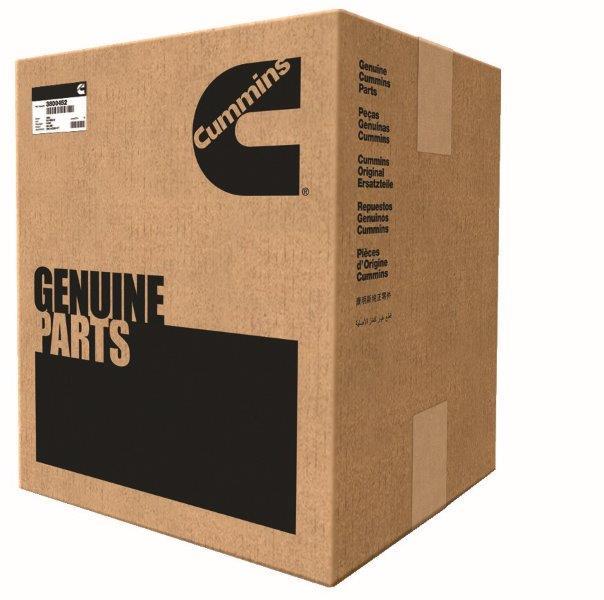 Another unforeseen consequence of using non-genuine parts is a negative impact on fuel economy, which is a fleet owner’s biggest overhead. “The immediate risk is never apparent upfront, as the engine will continue running. However, it will start to pick up problems further down the line. The value of the small saving realised in buying non-genuine parts has to be weighed up against the significant cost of having to replace such an engine eventually.

“The simple fact of the matter is that there is over a century of development behind the Cummins’ name, which means its products and components are reliable, durable, and deliver what is promised. The rapid pace of technological change also means that parts have to keep pace. We ensure that we incorporate the latest changes into all of our components, which is not possible with non-genuine parts,” Gouveia highlights.

In order to assist customers in differentiating genuine from non-genuine parts, Cummins is piloting holographic elements on its packaging in some regions. Gouveia stresses that this is not a uniquely African problem either, but is prevalent in all markets, from the Middle East to South America and even China.

“It is important for our customers to ensure they only use authorised outlets, which can be verified on our website.”

Another element of Cummins’ awareness campaign in this regard is to educate the distributors themselves to be on the lookout for non-genuine parts, and to address such issues with their customers.

“It is important for us to be as proactive as possible, and to let customers know first-hand about the many disadvantages. If we can demonstrate to these customers the significant value-add offered by using only genuine parts, then we are well on the way to establishing a long-term business relationship,” Gouveia elaborates.

He adds that Cummins will also not hesitate to institute legal action against any vendors of  counterfeit parts, due to the potential safety and performance risks presented, as well as the negative impact on the global brand. Another benefit of using genuine parts only is Cummins’ 12-month warranty, which even extends to progressive damage.

“From our technical support to our extended warranty and cutting-edge technology – these are all added features that customers can only access if they buy genuine parts.” However, Cummins is always willing to put its money where its mouth is, which has resulted in an extensive undertaking in the US to compare counterfeit and ‘will-fit’ products, the latter being components sold as replacement rather than non-genuine parts. “This forms part of a long-term durability testing programme, and is likely to produce interesting results in the near future,” Gouveia reveals. 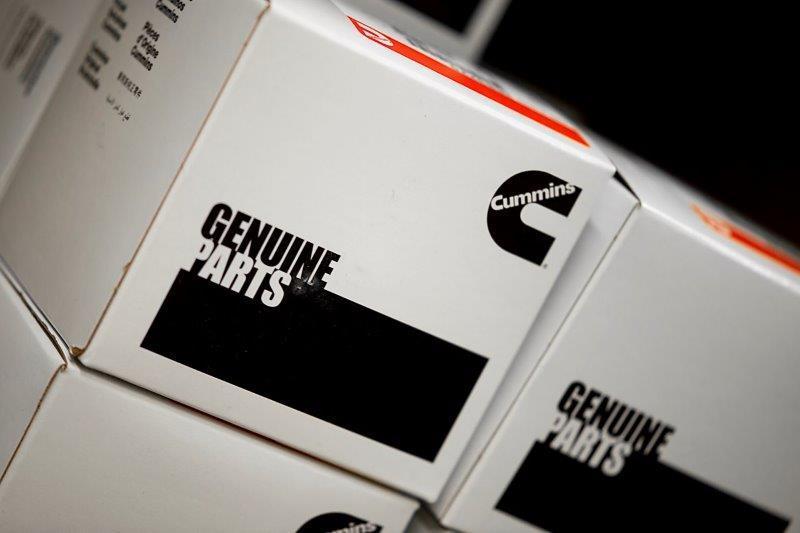 As an example, Gouveia urges customers to look at the piston, which is the heart of an engine. Genuine Cummins pistons are responsible for improved combustion efficiency, less harmful emissions, optimal durability and longevity, and better fuel economy. Other benefits are added protection from corrosion and wear, higher heat resistance, and less potential for cracking.

With a non-genuine piston, however, dimensional differences can result in less efficient combustion, poorer emissions performance, and increased friction and wear.

“At the end of the day, there is much more to take into consideration than the actual cost of components,” Gouveia concludes. “With genuine Cummins parts, our customers are assured of the highest quality, in addition to an industry-leading warranty. The cost of any failure can quickly overshadow any price differential, which is the main message we wish to convey to our customers.”