After its latest victory at the “De La Sarthe” circuit in Le Mans (France) and with one week until the final Grand Prix (6-7 October) in Jarama, Spain, IVECO can already lay claim to be the winner of the FIA European Truck Racing Championship 2018, following a dominant display throughout the whole season with a total of 14 races won. 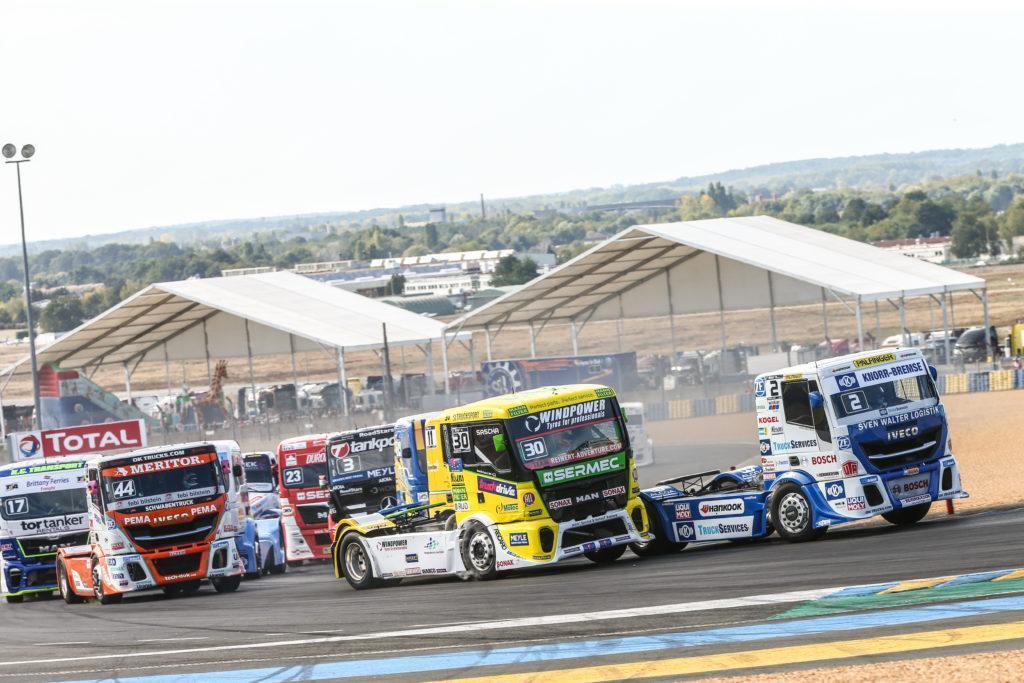 A week before the final Gran Prix in Jarama, Spain, IVECO is crowned the overall winner of the FIA European Truck Racing Championship 2018.

IVECO dominates the FIA European Team Championship 2018 with Die Bullen von IVECO Magirus Team, while thanks to the performances of Jochen Hahn, it is also in first place in the drivers’ ranking. The pilot was crowned FIA European Truck Racing champion for an historic fifth time as he claimed a second victory of the weekend at Le Mans Circuit. Steffi Halm sealed sixth place in her debut season on the IVECO Truck#44 as new team leader of the Schwabentruck team and the only woman competing in the Championship. 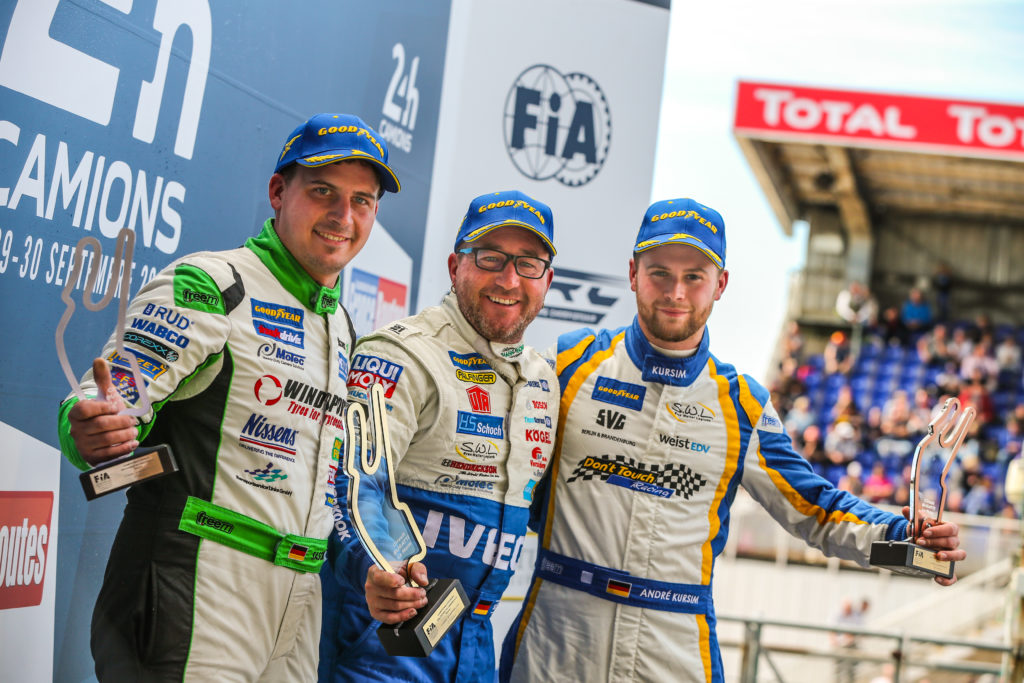 Pierre Lahutte, IVECO Brand President, commented: “Our pilots took three race victories out of four, standing on six out of 12 podium places this weekend at Le Mans circuit. IVECO has finally achieved the most important goal together with Die Bullen von IVECO Magirus Team. On road and on tracks we are the Champions! In these last few months, we have been cheering on the Schwabentruck and Hahn Teams, who have joined forces under the name Die Bullen von IVECO Magirus to compete for the title in the European Truck Race Championship. We know we have a very competitive and reliable truck, which yet again, has shown it is able to compete at the highest level on the track, just like when it is used by our customers. Once again team work has been rewarded, with the many technicians, engineers and mechanics who have worked alongside the pilots to achieve this great result”.

IVECO has taken part in the FIA European Truck Racing Championship 2018 as technical sponsor of Die Bullen von IVECO Magirus, the partnership between the Hahn Racing and Schwabentruck Teams. The Schwabentruck Team has represented the brand for the past nine years, while Team Hahn competed on board a Stralis race truck for the second year running. 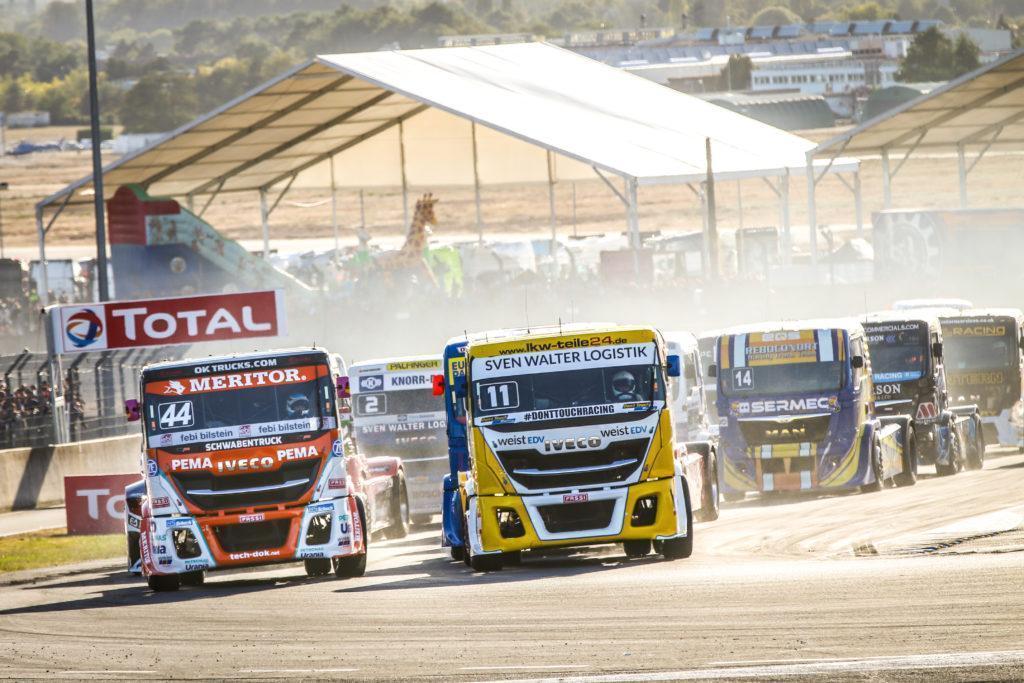 Pierre Lahutte, IVECO Brand President, commented: “On road and on tracks we are the Champions!”

The brand supported the team with two Stralis 440 E 56 XP-R 5.3-tonne race trucks powered by an IVECO Cursor 13 engine that delivers an impressive 1180 hp and more than 5000Nm torque. These vehicles are specifically designed and equipped to reach 160 km/h, the maximum speed allowed by sporting regulations and are the result of extensive upgrades carried out by the teams.

This year, the team’s sponsors included Italian loader crane manufacturer Fassi Gru, the market leader among Italian producers, which exports, distributes and supports its wide range of cranes across the world. 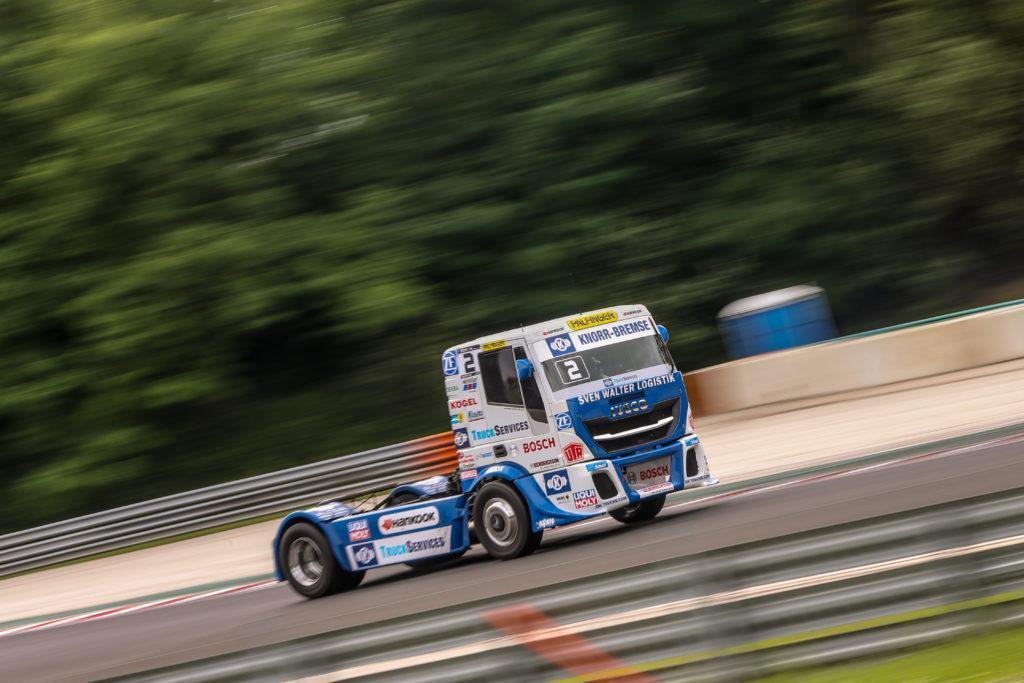