STUTTGART- The Mercedes-Benz Sprinter started the year 2017 with a new record: From January through March, Mercedes-Benz Vans delivered approximately 45,000 units of the large van to customers all over the world. This represents growth of about 10 percent compared with the prior-year period. The Sprinter therefore achieved its most successful first quarter in its history of over 20 years.

The Mercedes-Benz Sprinter posted especially strong growth in its core EU30 region (plus 12 percent), above all in the high-volume markets of Germany (plus 15 percent) and the United Kingdom (plus 10 percent). In both countries, unit sales of Sprinter vans increased faster than the overall market growth. Sprinter sales increased significantly also in other markets, including Latin America and Russia. With a total of approximately 3.3 million units delivered to date, the Sprinter is one of the most successful commercial vehicles of all time and one of the bestsellers in Daimler’s product portfolio.

The current generation has been on the market since 2006, and demand is continuously strong ten years after it was launched. Mercedes-Benz Vans has been working continually to increase the appeal of the Sprinter for its customers. As of mid-2017 an additional equipment package for the Sprinter will be available.

Volker Mornhinweg, Head of Mercedes-Benz Vans: “With the Sprinter, we have had a first-class product on the market for over 20 years, a product which defines an entire segment. Never before have so many customers decided in favor of a Sprinter. It is primarily due to our van icon that Mercedes-Benz Vans has posted its most successful first quarter of all time – in terms of unit sales, revenue and EBIT.” 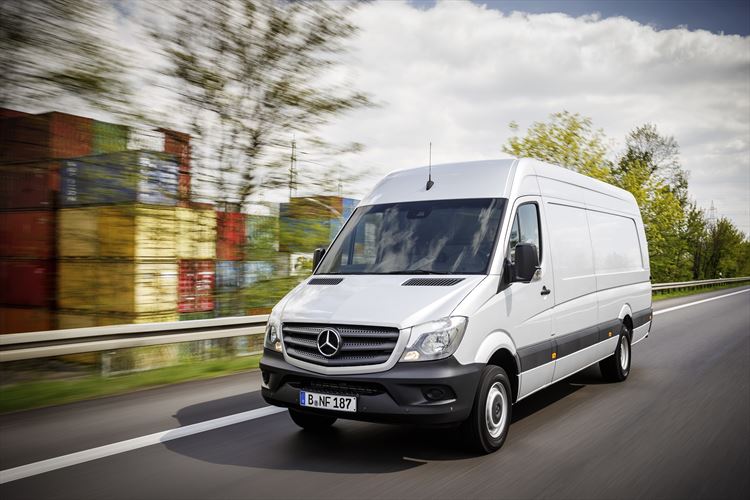 The Sprinter is popular with fleet customers and other large customers

Orders from fleet customers and other large customers were a key driver of strong demand for the Sprinter also in the first quarter of 2017. For example, Europe’s biggest car-rental company, Europcar, continued to favor the Sprinter. In March, Europcar received the first vehicles from Mercedes-Benz Vans from a major order for over 2,100 vehicles in the year 2017, including the Sprinter.

The vans are to be rented by Europcar’s customers in Germany. The Bavarian Red Cross received twelve ambulances based on the Mercedes-Benz Sprinter in February. This delivery is also part of a new procurement contract for the entire ambulance service in Bavaria, which extends to the year 2020 and comprises 480 Sprinter vehicles. Germany’s federal state of Bavaria uses solely the Sprinter as an ambulance – the clear market leader in this segment.

The future of the Mercedes-Benz Sprinter: fully connected and electric

Mercedes-Benz Vans is currently setting the course for the future success of the Sprinter. The large van has always stood for great versatility, offering customers highly efficient and reliable transport solutions. With the next generation, Mercedes-Benz Vans would like to redefine this claim – driven by the strategic initiative for the division’s future – adVANce. In the future, the large van will be fully connected and also available as a battery-electric version.

The logistics company Hermes will be the first customer for the Sprinter with electric drive. By the end of 2020, Hermes Germany plans to deploy 1,500 Mercedes-Benz electric vans of the Sprinter and Vito model series in urban areas all over Germany. The two companies will first launch a pilot phase of battery-electric vans in the logistic provider’s normal operations in Stuttgart and Hamburg in early 2018. Mercedes-Benz Vans will launch the next generation of the Sprinter before the end of this decade. 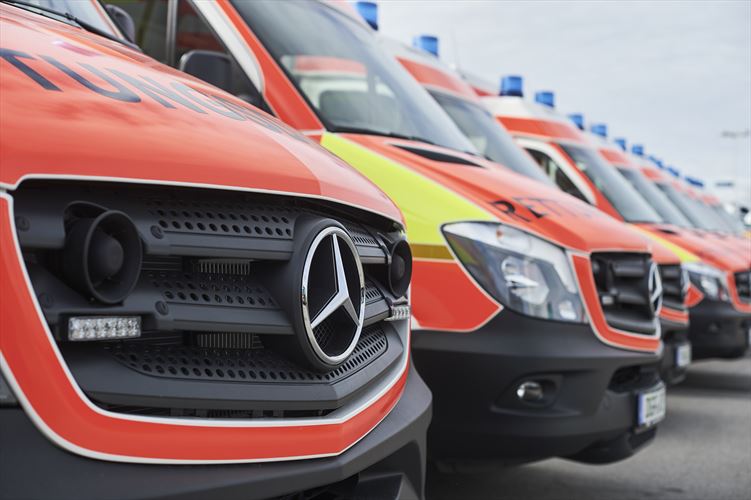 Preparations for production of the next generation

At present, Mercedes-Benz Vans is intensively preparing for the market launch of the next-generation Sprinter. Modification and modernization work is being done at the lead plant for worldwide Sprinter production in Düsseldorf, at the Sprinter plant in Ludwigsfelde in Brandenburg, Germany, and at the González Catán plant near Buenos Aires in Argentina. This year, Mercedes-Benz Vans will invest a total of about ?260 million in the Sprinter-plants in Germany alone – mainly for the start of production of the next generation.

About the Mercedes-Benz Sprinter

The Sprinter established the large-van segment that has since been called after it in the year 1995, and has dominated it ever since. The model is meanwhile on the roads in more than 130 countries. The growing market for mobile homes also plays an increasingly important role for the Sprinter. With appropriate modifications and conversions, the bestseller’s popularity is growing continuously.

Mercedes-Benz Vans produces the Sprinter at six plants around the world. As the only manufacturer in the large-van segment, the division will continue to produce the next generation in Germany at the two plants in Düsseldorf and Ludwigsfelde. The Sprinter is also produced at plants in Argentina, the United States, China and Russia.

Mercedes-Benz Vans is a global full-range supplier of vans and related services. Its worldwide product range in the commercial segment comprises the Sprinter large van, the Vito mid-size van (called Metris in the United States) and the Citan urban delivery van. In the segment for private customers, Mercedes-Benz Vans supplies the V-Class MPV and the Marco Polo travel vans. The division has production facilities at nine locations in Germany, Spain, the United States, Argentina, China (in the form of the joint venture Fujian Benz Automotive Co., Ltd.), France (through the strategic alliance with Renault-Nissan) and Russia (with the partners GAZ and YaMZ). The division is systematically utilizing new growth potential with its “Mercedes-Benz Vans goes global” divisional strategy.