FAW SA enjoyed a record year of sales in 2017, with 1 200 units (including exports) finding new owners during the year. This is the highest ever sales achievement for FAW SA in what is a tough and highly competitive commercial vehicle market.

FAW SA enjoyed a record year of sales in 2017

According to Jianyu Hao, CEO of FAW SA, the local market in 2017 has been the most competitive, since FAW started operation in South Africa over 23 years ago, but states that FAW’s wide range of heavy and extra-heavy offering are well tailored to local and Southern African customer needs which contributes to their continued growth.

Through customer interaction and endorsements, FAW has ensured that they offer the appropriate model line-up, to cater for the farming, mining, construction, distribution and long-haul sectors.

FAW to cater for the farming, mining, construction, distribution and long-haul sectors

With the introduction of their modern 420hp FAW 33.420FT 6X4 truck tractor in the third quarter of 2017, and the showing of their future products – the long haul JH6 truck tractor, 33-Seater bus, and FAW 8.140 full automatic – at the recent AutoMechanika / Futuroad commercial vehicle trade show – FAW is geared for a busy 2018.

Among many notable achievements in 2017, the Coega-based factory witnessed the 3 000th locally built truck roll off the production line. The assembly plant, which was inaugurated in 2014, has maintained such high quality standards that the global corporation has recognised and awarded FAW South Africa with the “Global Distributer of the Year” award in 2017.

Looking ahead to 2018, the Commercial Vehicle sector faces many challenges and Hao agrees with the sentiments and predictions of Naamsa (National Association of Automobile Manufactures of South Africa), that the market could go up to 27 000 units subject to certain provisos.

Hao also agrees that provided South Africa manages to avoid a further credit downgrade, and provided the economic growth rate in 2018 picks up to about 1,2% from the expected 0,7% in 2017 – sales of medium and heavy commercial vehicles could improve by between 2,5% to 3,0% in volume terms in 2018.” 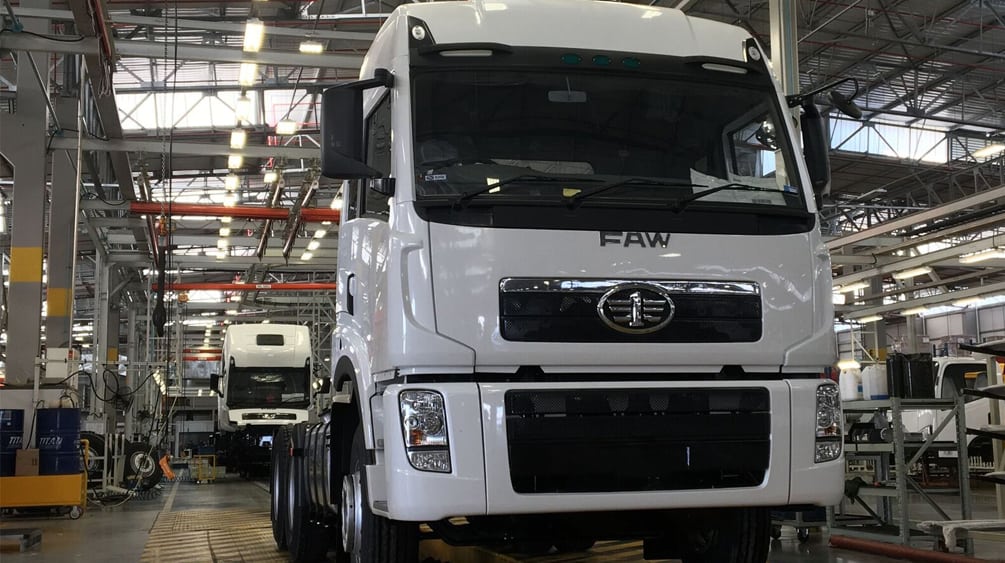 We at FAW SA are taking a longer term view, that upward movement in local and African vehicle sales is probable, albeit a bit slow over the next 18 to 24 months.

FAW SA however is staying committed to building on the reputation of “Built in South Africa for Africa” through the promise of product back-up, highest vehicle uptime and lowest total cost of ownership with a duty-bound commitment for parts supply, service support and technical assistance whenever and wherever needed, conclude Mr. Hao.