“The power, the feeling and that unmistakeable sound – they are part of what makes Scania’s V8 engine a legend,” say the engineers at Scania-Vabis, the research and development division of the company in Sweden.

“Add excellent fuel economy in its output segment, and the reputation of having excellent reliability, and you have a combination that’s hard to beat,” says Nomonde Kweyi, Scania in South Africa’s Marketing and Communication Manager. 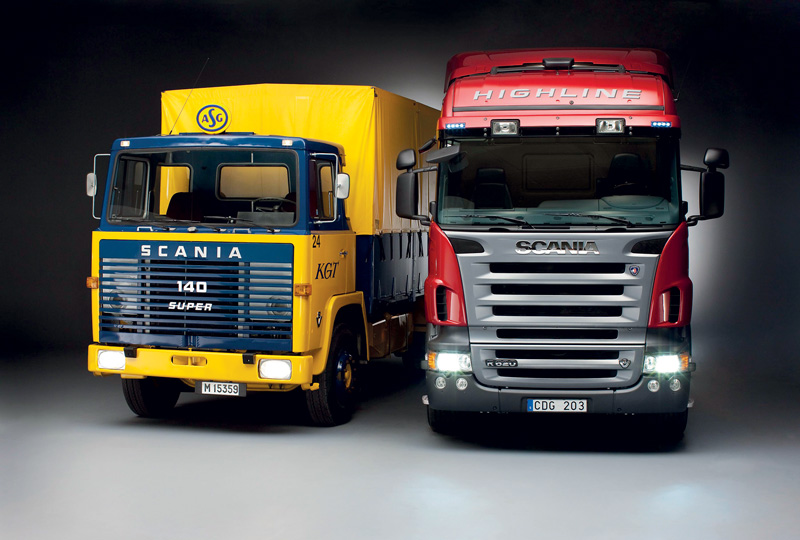 “The strong reputation built by the original V8 engine lives on as many Scania customers can attest to. Such as the likes of BM Hauliers, who ran 3-Series Scania Streamlines for over two million kilometres on the original engines, which weren’t even opened and didn’t need overhauling,” says Kweyi.

It is reported that some Scania V8 trucks have remained in operation after five million kilometres!

“The overall long-term operating economy enables us to make the premium initial investment. With the V8’s added performance, improved durability, longer running life, we can have more cost-effective, and thus more profitable trips.”

These are some of the many aspects that most Scania V8 customers factor into their calculation.

Birth of a legend

When Scania unveiled its 350hp 14-litre V8 engine in 1969, it was Europe’s most powerful truck engine, and it held that distinction for many years.

Development started at a time when 250hp was considered adequate. The Scania engineers realised that such outputs would not be sufficient in the long run, especially in timber haulage and heavy long-haulage, so why not try to be first on the market and take a groundbreaking step.

The go-ahead in 1962 coincided with the development of a new generation of forward-control trucks that would be unveiled in 1968. An in-line 8-cylinder engine would not fit underneath a forward-control cab, nor would a larger in-line 6-cylinder.

The engineers therefore went for a Vee-configuration that would fit under the same cab as the 11-litre in-line 6, yet produce 100hp more. The result was a powerful but very compact power unit that paved the way for a new level of truck performance.

During the development process while working on the performance of the new engine, the engineers coined the concept of ‘driveability’. Driveability characterises how an engine behaves, together with the rest of the powertrain, while driving. Peak power is generally of secondary importance, but the torque characteristics are critical in determining how well the engine performs.

Scania-Vabis’ engineers defined good driveability as meaning that a truck should:

The Scania 14,2-litre V8 engine had no genuine forerunner in the diesel engine world. It was designed for turbocharging from the start, and it was dimensioned to ensure that the engine delivered the goods over a long service life. An optional naturally aspirated 260hp version was also available for buses, turning tourist coaches into true gliders.

The Scania LB140 models quickly won acclaim. They combined high output with a torque curve that flattered the use of low engine speeds, a pleasant and effective combination in a heavy vehicle. Many customers also liked the V8 emblem and the typical, powerful rumbling of the engine. All this, combined with exceptional durability and service life, quickly helped make the 14-litre V8 engine extremely popular.

By the mid-1970s, road safety authorities realised that it was necessary for trucks to keep up reasonably well with the general flow of traffic, instead of causing major delays and frustration.

The recommendation in Germany was 8hp per ton gross weight, i.e. slightly more than 300hp for the 38 tons permitted. The 375hp Scania V8 at that time boasted close to 10hp per ton, a figure that did not become common in European long-haulage until some 25 years later (40 ton, 400hp, in 2000).

Meanwhile, the Scania V8 also provided sufficient output for higher gross weights. Today, with frequent use of long 60-ton combinations in Scandinavia, outputs of around 600hp are desirable in operations that require 10hp per ton performance.

For many years, Scania has been the best-selling truck make above 500hp. Scania’s V8 engine took Italy by storm in the 1970s and has been a big seller in that market ever since.

The Scania V8 is compact and has a very favourable power-to-weight ratio. This has made it popular in applications like off-road construction dumpers and other plant equipment, as well as in vehicles and boats for defence applications. More than a quarter of a million Scania V8 engines have been delivered since 1969. Out of these, at least one hundred thousand are estimated to remain in operation.

More than a quarter of a million Scania V8 engines have been delivered since 1969. Out of these, at least one hundred thousand are estimated to remain in operation.

Scania’s 100th anniversary, and the aerodynamic Streamline is launched, setting a new trend among heavy trucks.

New generation of the Scania V8 engine takes to the road.

Scania replaces the 14-litre engine with a new, efficient 16-lite V8 engine. The new engine is modularised with many components in common with 11/12-litre engines.

In 2005 Scania launches its new range Euro 4 and Euro 5 engines, including the ever-popular V8.

1 827 – the number of items employed in the latest Scania V8 engines.