Telematics and vehicle tracking brought to you by Ctrack
You are here
Home > Headlines > Flagship Hino dealership opened by Super Group in Isando, Gauteng

Super Group, a leading transport logistics and mobility group, founded in 1986 and listed on the Johannesburg Securities Exchange, has opened a flagship Hino dealership in Isando.

The reason for choosing the site in Brollo Road was its good location to one of the main industrial and commercial Gauteng hubs. Hino Isando is the 22nd exclusive dealership in the Hino network of 64 dealers and the cost of the development – excluding the land – was in excess of R25 million.

The dealership has been operating since last November, but the official opening took place on 21 April. The importance of the opening of this dealership was underpinned by the presence of Junsuke Ando, the General Manager of Hino Motors’ Africa and Europe Division.

“We are very proud of the manner in which the Hino brand is flourishing in the ultra-competitive South African truck market.”

He said that although the majority of Hino sales take place in Japan and South-East Asia, the continent of Africa was a region showing rapid growth with high potential. Junsuke added: “Hino recognises that there will be no Hino global success without Hino success here in South Africa. For this reason we are delighted that a high-profile public company such as the Super Group has made a substantial investment in a new Hino dealership.”

Calvyn Hamman, Senior Vice President, Sales and Marketing of Toyota SA Motors, of which Hino SA forms a part, said: “We are very proud of the manner in which the Hino brand is flourishing in the ultra-competitive South African truck market.”

This latest investment in a new dealership is another sign of confidence in a brand which has been in South Africa since 1965 and remains the market leader in Japan.

“This inauguration is a further example of customer confidence in the Hino brand, as last year we had the renaming of Hino Pretoria North to Hino Tshwane and its relocation to spacious new premises in Pretoria West. 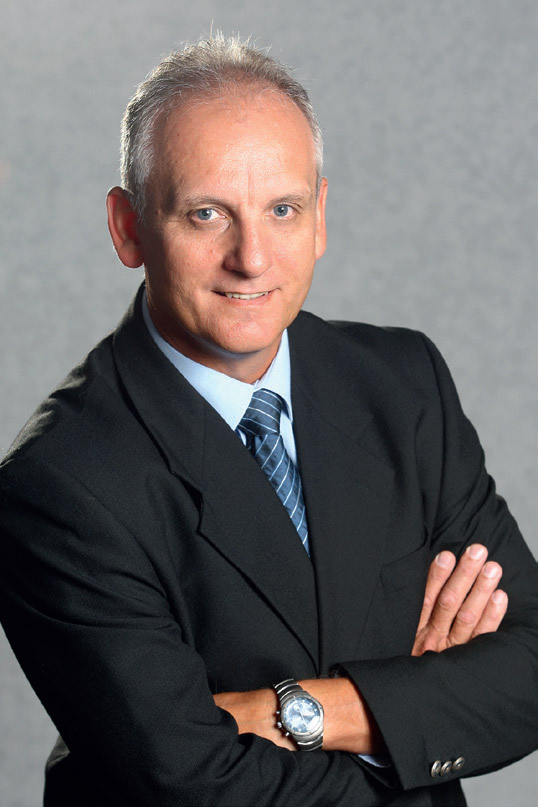 We also appointed a Hino dealer in Cradock recently. In addition most of our dealers have either rebuilt or substantially refurbished their facilities over the past three years.  We believe we are now well set for future growth,” added Hamman. Hino Isando is staffed by 17 people but this will grow to 35 as the dealership gains sales and service momentum.

The facility has six double work spaces, allowing for 12 bays. There is further space for another six double bays for future development. An extensive parts stock is available on site, which is replenished at least twice a day. The workshop facility is equipped to undertake Certificate of Fitness (COF) testing, but is still awaiting full accreditation to conduct COF inspections.

It also has an express pit lane to minimise downtime for urgent work when needed. The facility is already eco-friendly, with all the lights movement-sensor controlled. Plans are in place to recycle rain water for the wash bay soon.

“Hino South Africa is fully committed to supporting Hino Isando to ensure its success, using Hino Total Support as one of our key strategies, because the establishment of a strong dealer network is a critical part of our 2020 strategy to achieve a market leadership position in South Africa,” said Hamman.