Volkswagen Group South Africa to invest in excess of R4.5 billion by 2017 for new products and infrastructure 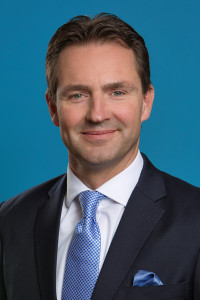 At a media briefing in Sandton today, Thomas Schaefer, Managing Director of Volkswagen Group South Africa announced the next phase of major new investments in the factory in Uitenage, its supplier base and the training of employees for the next generation of products to be manufactured in South Africa.

R22 million for development and training of employees

The estimated R4.5 billion investment includes over R3 billion in production facilities and quality, around R1.5 billion in local supplier capacity and a further estimated R22 million for the development and training of employees.

This will be the first time that a version of the Modular Transverse Matrix platform (MQB*) will be utilised in South Africa featuring the latest technologies and driver assistance systems.

This will be built for both the local and export markets. Further details will become available once Volkswagen Group South Africa announces which new models will be produced at the Uitenhage plant. 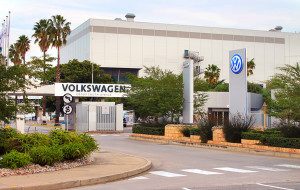 Between 2007 and 2014 Volkswagen Group South Africa invested some R5.9 billion in South Africa; this was for the current generation Polo and Polo Vivo as well as plant and infrastructure.

The Polo is also produced for exports and some 66 000 4-door Polo’s are expected to be exported to mostly right hand drive markets in 2015, a 21% increase over 2014. The current localisation level is around 72% and the new models are expected to have an even higher level of local content.

“South Africa is not a logical production location for the motor industry as only 0.6% of the world’s vehicle production is situated here, said Mr Schaefer 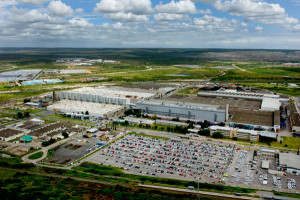 Mr Schaefer also used the opportunity to update the media on various aspects of the motor industry and Volkswagen Group South Africa ’s performance in the local market.

“South Africa is not a logical production location for the motor industry as only 0.6% of the world’s vehicle production is situated here, said Mr Schaefer.

“However due to the strategic location and the potential of Africa as a future market for exports, as well as the security that the APDP provides for investors, on-going investments in our vehicle manufacturing base makes sense. Hence the decision by our parent company to allow us to embark on such a major new investment. Exports will again play a key role in our strategy going forward,” added Mr Schaefer.

“We are very grateful to the Board in Germany for this vote of confidence in our country, management and employees and we will ensure that we deliver on our commitments.”

Volkswagen Group South Africa has dominated the passenger market for the last five years and continues to do so in 2015 with a year-to-date market share of 21.4%.

“On-going investment in new technologies and products will ensure that Volkswagen is positioned to continue to be the dominant player in the South African passenger market.” concluded Mr Schaefer.

Polo Vivo and Polo the number one and two sellers respectively, since 2010

The Polo Vivo and Polo have been the number one and two sellers respectively in the local market since they both were launched in early 2010.

*MQB stands for the German “Modularer Querbaukasten” which is translated as Modular Transverse Matrix. The MQB is the company’s strategy for shared modular construction of its transverse, front-engined, front-wheel drive (optional four-wheel drive) vehicles.