Volvo Trucks’ latest launch film has reached new heights. To demonstrate the power and strength of its four new vehicles, Volvo built a colossal 15-metre, 58-tonne truck tower, stacking its four new trucks on top of one another. Adding to that, they stood president Roger Alm on top. 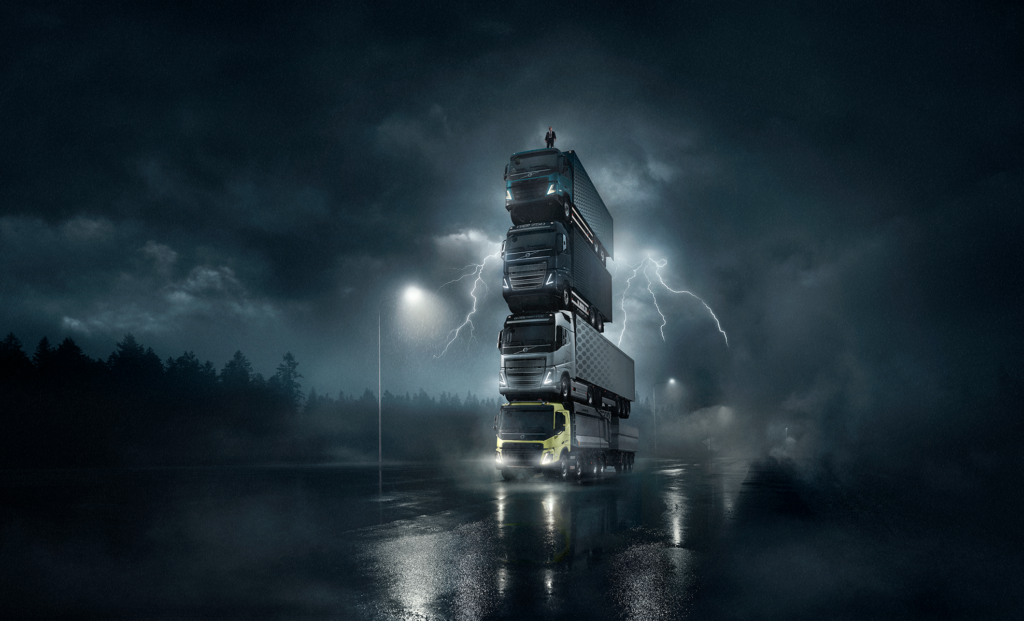 In the truck industry, releasing one truck is a huge project. But releasing four at the same time is almost unheard of. When renewing the entire range of heavy duty trucks, Volvo Trucks went for a different approach.

The unusual film is set in the dead of night and starts by showing the truck tower as a huge monolith glowing in the distance. As it moves forward, we see wolves in the foreground and catch a glimpse of the FMX driver. As the film reaches its climax, complete with smoke and lighting effects, we see that the man standing on top of the truck tower is actually Volvo Trucks’ president Roger Alm. 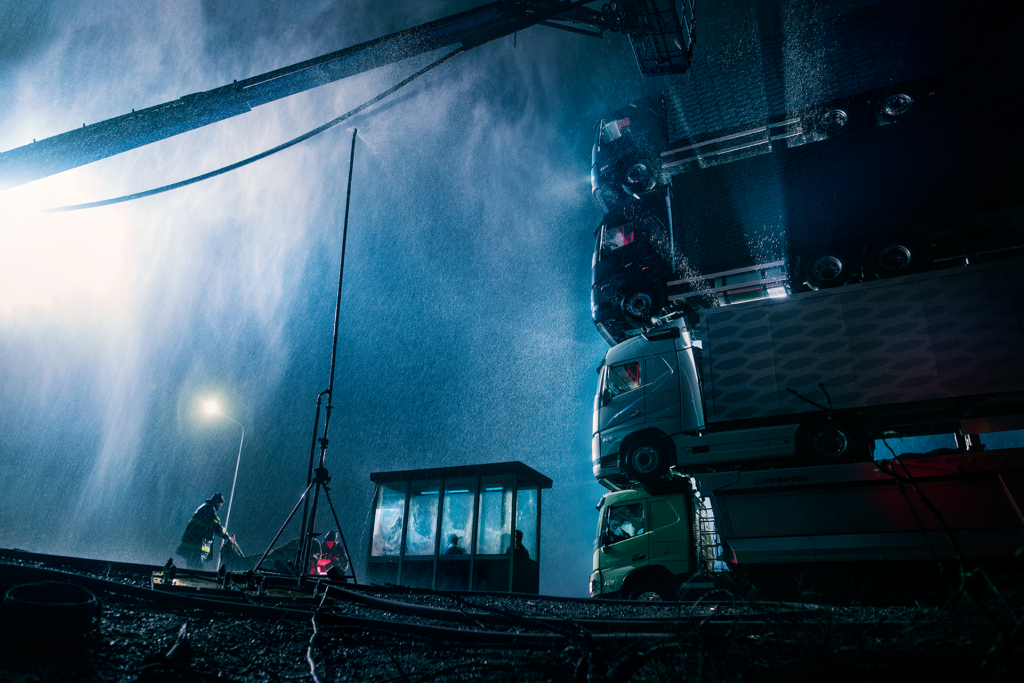 The release of the film comes one day ahead of the official launch of the heavy duty range in Europe, which includes the Volvo FH, Volvo FH16, Volvo FM and Volvo FMX. The four trucks represent about two thirds of Volvo Trucks’ deliveries.

“This is our biggest launch ever at Volvo Trucks. They will have a huge impact on our customers’ profitability and ability to compete both for business and the best drivers. I´m used to being on top of things, but for me, shooting the truck tower was definitely an unusual day at work. And let’s just say I have a certain respect for heights. I´m a down to earth guy”, said Roger Alm, president of Volvo Trucks.

The film was shot in late 2019 on a testing ground outside Volvo’s hometown of Gothenburg, Sweden. Both the truck tower and the majority of the visual effects are real, including the smoke and lights, which a behind-the-scenes film reveals. 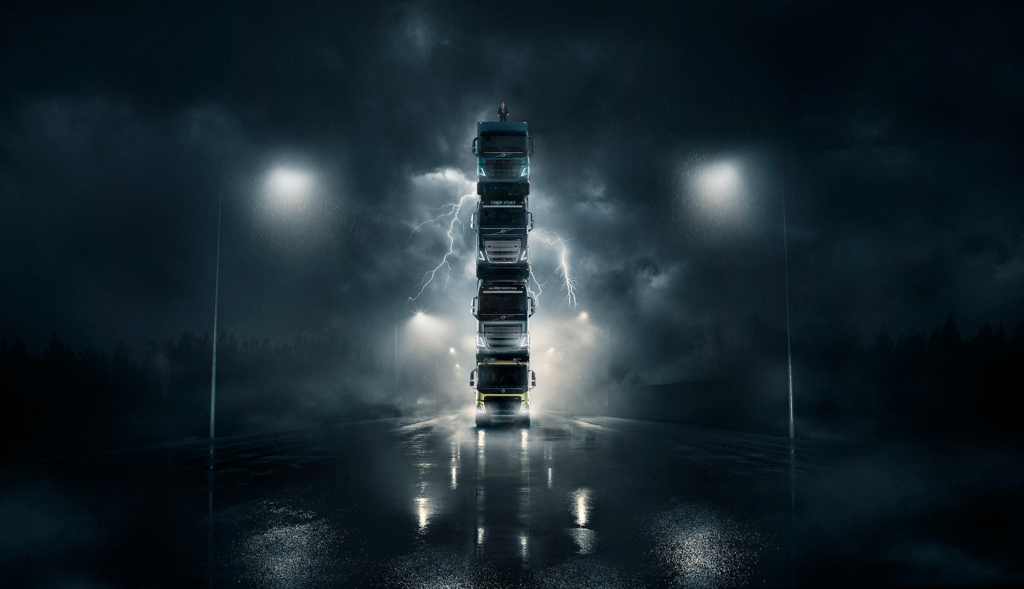 ”It took about a month to design and build the tower and make sure it was safe to drive. Essentially, this was made possible thanks to the sturdy construction truck, Volvo FMX, and its new 38-tonne bogie being able to carry the weight of the others. But it also required a steady speed and course, accomplished by the Volvo Dynamic Steering technology and a skilled truck driver”, said Markus Wikström, engineer at Volvo Trucks and part of the engineering team behind the tower.

Click here to see the behind the scenes film