The roll-out of cleaner diesel fuel in South Africa, continues to drag, originally the target was 2017

The roll-out of cleaner diesel fuel in South Africa, which will permit the introduction of lower-emission and more fuel-efficient Euro V diesel engines for the transport industry, continues to drag. Originally the target was 2017, but now it is indeterminate. 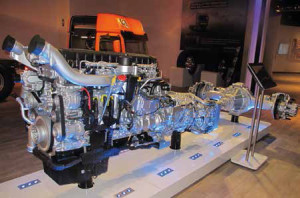 A real hot potato is the introduction of cleaner diesel fuel

Now we are waiting for the APDP Interim Review, which has also been delayed but is, hopefully, due to be published shortly. A real hot potato is the introduction of cleaner diesel fuel. The conflicting situation between government and the refining industry was highlighted again recently, when Chevron SA Chairman, Nobuzwe Mbuyisa, stressed that the SA government, which sets the prices that fuel suppliers can charge, must share the huge costs needed to produce the cleaner diesel fuel required by the motor industry.

She said that upgrading Chevron’s refinery in Cape Town will cost more than R12 billion and the refiners needed a government subsidy. At least R40 billion is needed over five years to upgrade SA’s six refineries to meet new fuel specifications that will reduce vehicle emissions – and this estimate is also believed to be long out of date. The Department of Energy wanted the cleaner fuels to be available by 2017, but production has been delayed due to the disagreement over who should pay for the upgrade of the refineries.

Chevron has also come out strongly against a planned new fuel terminal to be built in Cape Town by Burgan Cape Terminals, which would facilitate the importation of refined fuel. Chevron claims this will allow fuel traders to win the SA market away from locally-produced fuels without them having to invest in very expensive refineries.

Each new generation of fuels reduces the sulphur content of diesel, as well as cutting other pollutants 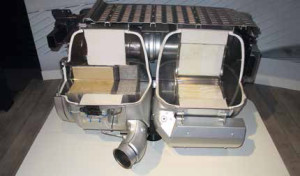 Euro VI has now been announced, since the previous SA policy to upgrade from Euro II to Euro V fuel was published, worsening the position for vehicle manufacturers who would like to use the latest technology in their trucks and buses. Each new generation of fuels reduces the sulphur content of diesel, as well as cutting other pollutants.

“Our parent companies resist allowing vehicles with the latest technology into SA when suitable fuel is not readily available,”

Falling behind in fuel quality limits the availability of new vehicle technology for the local market, said Stuart Rayner, the fuel and emissions chair at NAAMSA, in a recent interview with City Press. Most of the latest diesel engines are unable to run on SA fuel without modifications. “Our parent companies resist allowing vehicles with the latest technology into SA when suitable fuel is not readily available,” added Rayner.

Kobus van Zyl, Executive Director of Daimler Trucks & Buses SA, says there is general disappointment at the lack of progress towards the introduction of cleaner diesel fuels, which will enable OEMs to introduce new products into the SA market.

“These new products will not only yield substantial customer benefits on the total cost of ownership, but will also greatly assist in our country’s stated objective to reduce its carbon footprint,” explained van Zyl.