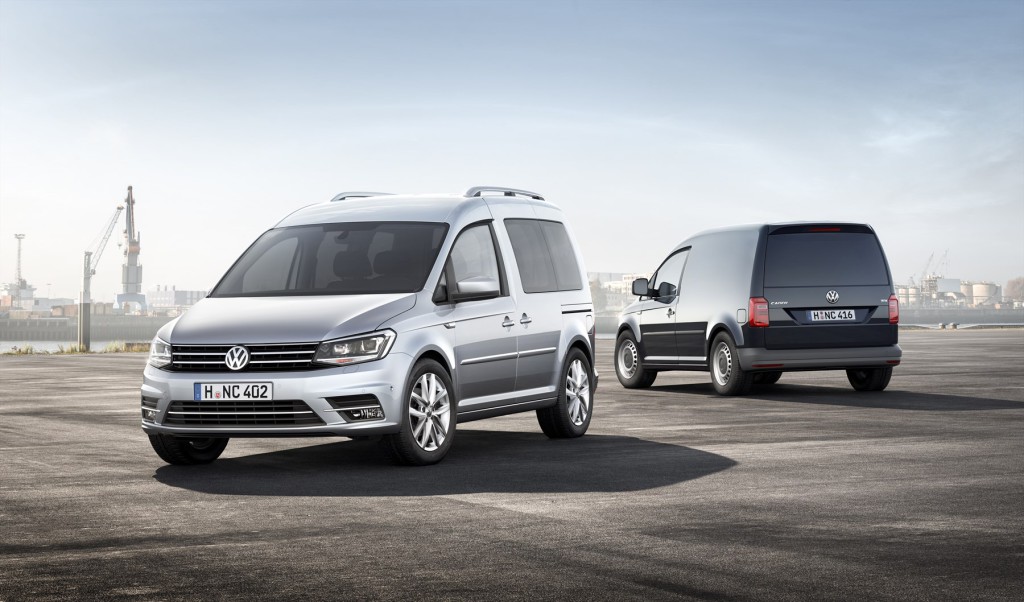 Volkswagen Commercial Vehicles has launched the fourth generation of its hugely popular Volkswagen Caddy in South Africa. Around 1.5 million units (23 400 sold in South Africa) of the third generation, model was sold worldwide during its eleven years in production.

The new Volkswagen Caddy has been enhanced and refined in every area to ensure that it continues to be the benchmark in its segment. At launch, three variants are available, namely Panel Van, Crew Bus and Trendline. The Alltrack variant, which replaces the CrossCaddy, will be available early in 2016.

The Panel Van and Crew Bus will appeal to commercial customers and the Trendline is the compact people-mover that is aimed at private customers.

The design of the new Volkswagen Caddy impresses with its sharpened folds and clearly defined surfaces with stylish clarity. The redesigned front and the distinctively presented rear give the new model an unmistakable character, without making the all-rounder any less recognisable.

While preserving all of its functional virtues, the high-quality urban delivery van has gained noticeably in presence, exclusivity and dynamism. In keeping with the expressive exterior, the vehicle’s interior also features accentuated lines and shapes. A striking horizontal band with integrated air vents and a new generation of infotainment equipment underline the new Volkswagen Caddy ‘s modern look.

The engine line-up of the new Volkswagen Caddy has been carried over from the previous model. The 1.6 petrol engine which is only available with the Panel Van and Crew Bus has been uprated to deliver 81kW of power instead of 75kW.

Customers of the new Volkswagen Caddy can individualise their cars with variety of the optional features. The available optional features for the Panel Van and Crew Bus include towbar, 15 and 16-inch alloy wheels, Park Distance Control and Radio/CD systems.