The construction industry, one million jobs and R267 billion 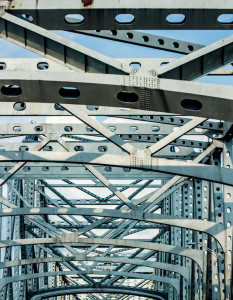 The construction industry plays a crucial role in the South African economy, providing more than one million jobs and generating annual revenue of approximately R267 billion.

However, although R847 billion in government spend has been earmarked for infrastructure development over the next three years, the industry finds itself in a precarious position and is still reeling from the announcement in June 2013 that the Competition Commission had reached a settlement with 15 construction firms for collusive tendering estimated to be in the region of R47 billion.

PricewaterhouseCoopers (PwC) published a report early this year on the Construction Industry using data from JSE-listed companies. Their report is titled: SA construction, 2nd Edition – Highlighting trends in the South African construction industry*, and is available on their website at:   www.pwc.co.za/construction.

The 2014 financial year started with a lot of promise, albeit under the cloud of adverse findings by the Competition Commission

In the report, the following is stated: “The 2014 financial year started with a lot of promise, albeit under the cloud of adverse findings by the Competition Commission. Order books were strong and margins were recovering for the first time in five years. Unfortunately, the lack of economic recovery meant that this promise was not fulfilled and that 2014 was a tough year for most construction companies.

“The construction industry had its fair share of labour unrest… which resulted in substantial delays at some of the country’s major construction projects, most notably Eskom’s Medupi power station… “The past few years have highlighted the need for better coordination and monitoring within the construction industry – a challenge that the South African Government has welcomed with the roll-out its National Infrastructure Plan.

Implementation of the plan will require significant construction input. “Our findings are based on the financial results of the leading construction and construction materials companies listed on the JSE. We excluded companies with suspended listings.

“It is clear that the construction and materials industry has not performed in the past few years. The industry has produced poor financial performance in the past year and the short-term movement indicates that in the absence of positive economic indicators, the industry is on a slight downward trend.

However, there are still a number of encouraging signs from the financial performance of individual companies, order book growth and public infrastructure commitments. “A good indicator of the industry’s performance would normally be infrastructure spend by the public sector.

The South African Government’s on-going National Development Plan and its continued commitment to public infrastructure investment of R847 billion over the next three years, are positive signals for future growth in the industry.”