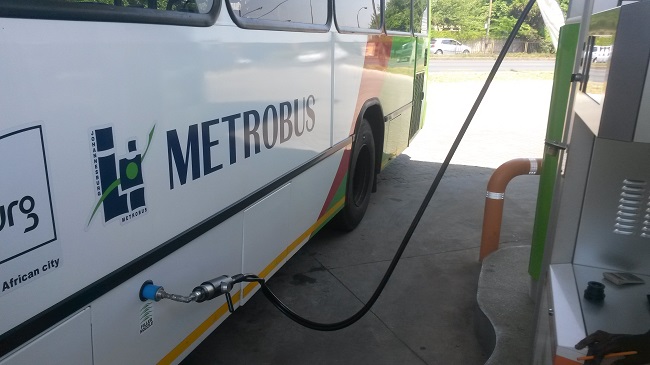 NGVs: The growth in popularity

Running a vehicle on Compressed Natural Gas is a novice concept for many South Africans. Although Natural Gas filling stations have been active since 2014, there is an inherent love affair amongst South African’s for Petrol and Diesel powered vehicles.

In contrast globally, Natural Gas Vehicles or NGVs, are popular for their affordability and minimal carbon emissions. So why are South African’s reluctant to switch to NGV’s and save?

A recent survey termed “GLA”, conducted by NGV Gas found that over 72 percent of small to medium-sized fleet owners were unaware that NGV conversions existed in our market. Furthermore, 66 percent of companies participating in the survey indicated that they would switch and save, based on the provision of additional information or case studies.

Similar to China, India and Argentina in the 1990s, South Africa’s mobility landscape is changing, in a sense, evolving to include other fuel types. Vehicles powered by Compressed Natural Gas will play an important role in the evolution of fuel supply in our market. Taking the outcomes of the GLA into consideration, fleet owners, armed with the right information, will be ready to drive the switch to NGVs post lockdown.

The first factor – Natural Gas is in abundance: There has been a continuous increase in Natural Gas production around the world. This includes the completion of production facilities in Mozambique, which has heightened interest in the use of Natural Gas within Southern Africa.

Natural Gas is a fuel in abundance, which is reflected in the low stable pricing of the gas. With the shale revolution in North America; the United States became a net exporter of Natural gas in 2017, boosting supply.

The second factor – Environmental changes:  Global carbon dioxide emissions from the transportation sector have risen to 23 percent of overall emissions. NGVs, with their lower emissions of particulate matter, provide a solution to the increasing threats of air pollution.

The third factor – Government intervention: Government policies have driven the deployment of NGVs in several countries.

In South Africa NGV Gas, a division of CNG Holdings and in partnership with government institutes has converted public vehicles including mass transit and police fleets. This project, undertaken in 2016, offers a credible testament to the long-term savings of the fuel.

China has the world’s largest NGV fleet at 6 million NGVs—approximately 3.7 percent of the country’s total vehicles. The Chinese development programme established percentage targets for alternative fuels, including CNG in bus and taxi fleets, provided R&D funding for industry and financial subsidies for buyers.

India’s pursuit of NGVs is driven by its long history of tackling air pollution from diesel, especially in urban regions. In 1999, the Supreme Court of India made its landmark decision to adopt Delhi’s pollution control program designed by the Environment Pollution (Prevention and Control) Authority.

Key directives from the proposal included converting Delhi’s bus fleet to CNG, defining CNG as an approved type of clean fuel, and providing financial incentives to replace or convert existing auto-rickshaws and taxis with those operating on CNG. There are over 3 million NGVs in India.

Globally, there are over 27 million NGVs and 32 000 filling stations. Asia-Pacific accounts for over 82 percent of NGVs.

Argentina tripled its NGV population to 1.6 million vehicles thanks in part to its Liquid Fuels Substitution Program, which was launched in 1984. The Argentine government focused on maintaining favourable CNG prices through taxation and establishing standards and codes for CNG equipment, vehicle conversion, and fuel stations. – Similar to South Africa.*

In closing, it is important to note that the temporary fall in the oil price offers very little hope that the cost of Petrol and Diesel will remain low in South Africa.

In contrast,  Natural Gas offers stable pricing. It remains unaffected by the oil price and general market fluctuations. This key benefit accompanied by the fact that Natural Gas is a fuel in abundance, will prove to be of incredible value in a time of instability.

*Information taken from the Centre of Strategic and International Studies.