Grain SA’s NAMPO Harvest Day is held annually at Bothaville in the Free State for a period of four days every year in May. It is the largest collection of agricultural exhibitions under private ownership in the Southern Hemisphere. The first Harvest Day was held in 1967 on the farm, Donkerhoek, near Bloemfontein and was attended by 200 producers. 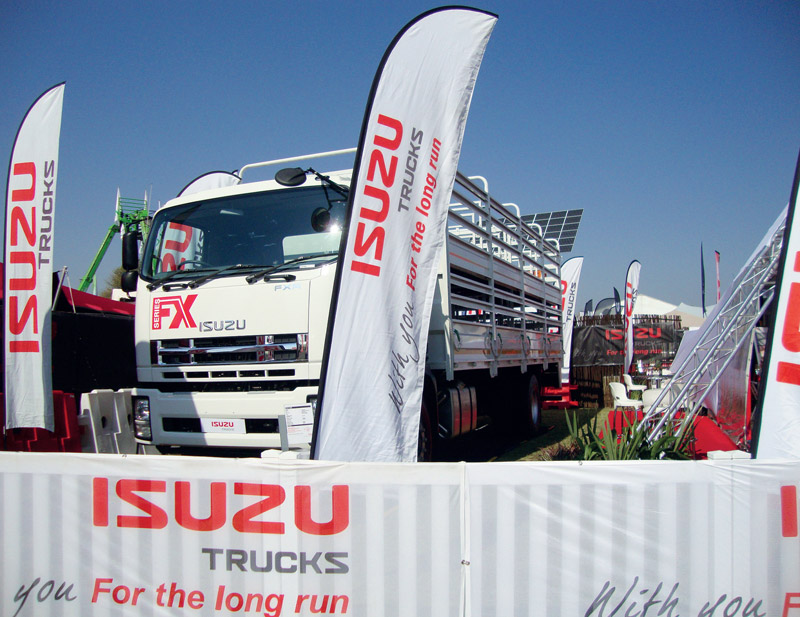 Thereafter it was held on various different farms until the size of the event started necessitating a more permanent venue. In 1974 the NAMPO Harvest Day was therefore established on a permanent terrain outside of Bothaville, which is today known as NAMPO Park.

Wim Venter, Administrative Officer: Harvest Day, Grain SA, says: “The Harvest Day enables producers and other role players in the agricultural industry to experience first-hand, and on one site, the latest technology and products on offer to the farming industry.

The NAMPO 2016 event is a multi-faceted presentation

It also offers producers the opportunity to obtain knowledge from experts in their various agricultural fields by means of debating and discussion panels. NAMPO 2016 marks 50 years as agricultural showpiece “A unique aspect of the NAMPO event is that it is a multi-faceted presentation that offers a wide spectrum to the producer, while other exhibitions normally only focus on specific areas of agriculture.

“The products and services that are displayed by the more than 650 exhibitors establishes this event as a one of the most diversified agricultural trade expos, offering producers the opportunity to compare a wide variety of products and services. It also provides for high-level exhibitions with direct access to a multitude of specialists.

It is also regarded by Grain SA as one of the best contributors to ensure sustained food production in South and southern Africa,” said Wim Venter.

“High quality manufacture, yet simple in design; high in performance; and economical to operate – this is what FAW commercial vehicles offer,” said Cheng Zhang, Marketing and Strategy Manager, and spokesperson for FAW Vehicle Manufacturers SA.

“At NAMPO we showcased our range of highly affordable trucks. “Customers have been convinced of the inherent value-for-money FAW provides to their business, and it is therefore no surprise that our vehicles have been very popular in the agricultural sector.”

“Isuzu Truck South Africa is putting emphasis not only on its agricultural applications across the Isuzu range, but we are reaffirming our valued added products,” emphasised Lisa van Aswegen, Marketing and Customer Care Manager at Isuzu Truck SA.

While their NAMPO stand featured their double-decker sheep-carrier FXR 17.360 FD and the grain-bodied FTR 850 AMT, they also had their experts in value- added products on hand at the show.

“The value-added services include our Maintenance and Service Plans; the use of our genuine parts; the use of our remanufactured drivetrain components; and ‘Bodies Unlimited’, which is our catch phrase for ready-for-market fully bodied trucks,” van Aswegen continued. An unusual attraction to the Isuzu display was the NPS 300 4×4 support vehicle used in the Dakar Rally.

“This was part of Isuzu’s support to our Team Rhide SA,” explained Brian Baragwanath who, together with his dad, Clive, has made up the Yamaha quad-bike team on the last two Dakar rallies. In this year’s race the South African quad-bike team was placed third in their category.

“A wide range of our products can be adapted to meet the needs of the industry to support all types of farmers. At local level we understand the needs of farmers and that’s why, year-on-year, we display our products at Nampo,” explained Dave van Graan, Head of Truck Sales at MAN Truck & Bus.

On display at NAMPO was a wide range of models from the MAN and Volkswagen’s large vehicle portfolio, showing that they that can serve multiple applications in agricultural and general farming needs.

One of these was the MAN TGM 18.280 4×2 BB (L) long-wheelbase freight carrier, which is used in medium to long-distance deliveries of light loads. It’s good parabolic suspension enables farmers to deliver fresh produce, and has the advantage of a sleeper cab. This truck can also be fitted with a cattle body.

From the VW Constellation series a 24.250 6×2 BB (L) long-wheelbase rigid truck showcased the brand’s abilities. At NAMPO it was matched to a tautliner body, but equally popular has been a flat deck application. This vehicle has a GCM of 35 tons and can also pull a draw-bar trailer.

One of MBSA’s stated aims is to strongly address every requirement that the sector has, “not only through our products, but through our value chain offering as well”, said Kobus van Zyl, Executive Director of Daimler Trucks & Buses Southern Africa.

“Many of those who attended this year’s NAMPO Harvest Day were drawn to our MBSA stands, where all our commercial vehicle brands were displayed. Through our Mercedes-Benz trucks, FUSO trucks and buses, Freightliner, Western Star and Mercedes-Benz Vans, any and all agricultural applications were catered for.”