The transport sector has the potential to unleash opportunities for the much needed economic growth the country seeks. Add to this the needs of the majority (about 80%) of South Africans for an effective, safe and reliable public transport system, and it makes perfect sense that government is investing billions of rand in South Africa’s transport infrastructure.

In addition to providing economic leadership, Government has re-affirmed its political will to address the challenges in the transport industry, leaving industry stakeholders with a much clearer picture and more confidence in the road ahead. 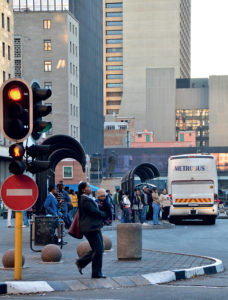 Addressing the conference, the Director General of Transport, Pule Godfrey Selepe (on behalf of Transport Minister Dipuo Peters), informed the audience about those recent developments in the public transport environment that are relevant to Southern African Bus Operators Association members.

Selepe made it clear that the bus industry is one of the critical pillars on which public transport in the country rests and, therefore, an important partner of government.

There are about 25 000 buses in the industry, of which around 18 000 are used in paid-for public transport. About 6 000 buses are used in commerce and industry and government institutions where they are mostly used for in-house purposes, i.e. not for revenue.

The economic impact of buses used for public transport translates to an estimated replacement value of R25 billion, direct employment of 30 600 people, and indirectly to about 153 000 people. Public transport operators do approximately 816 million passenger trips a year. The industry also supports a large number of suppliers, such as bus and chassis manufacturers, and fuel (around

The industry also supports a large number of suppliers, such as bus and chassis manufacturers, and fuel (around 450 million litres of diesel) and tyre companies who are dependent on the success of bus operators.

Government’s subsidy levels for rail and road public transport is high – at roughly 60% of the cost of rendering the service – compared to about 30% elsewhere in the world. Selepe said that the bus industry has every reason to be confident of the future, especially as Government believes in it and is “backing that belief with money”.

Furthermore, Selepe stressed that a strong foundation has been laid for a successful bus industry and Integrated Rapid Public Transport Networks (currently implemented in the 12 municipalities that are the largest urban centres in the country) with the implementation of the Public Transport Turnaround Strategy.

Government is of the opinion that the picture looks infinitely brighter for bus operators, but acknowledges that there are still obstacles to overcome – with one of the biggest hindrances the month-to-month contracts for subsidised commuter bus services.

The Deputy Director General of Transport, Mathabatha Mokonyama, addressed the conference on the NLTSF, with specific reference to the department’s accelerated turnaround plan for the contract bus industry.

One of the most encouraging topics for the whole of the bus industry that was shared by the Deputy Director was that the parliamentary process for the Public Transport Operating Grant (PTOG) allocation for 2015/16 has been finalised.

“We have an additional R250 million a year (half of the requested R500 million), so we are still getting an increase, whereas all other budgets in government have been cut. The PTOG increase is also above the Consumer Price Index (CPI).”

Mokonyama concluded his presentation by saying that the Accelerated Public Transport Turnaround Plan is being finalised for consultation, and that internal and external stakeholders will be consulted for their input prior to the finalisation and implementation of the plan.

Following the presentations by the two most senior government representatives, there was notably an improved common understanding of the road ahead, resulting in more confidence amongst conference attendees.